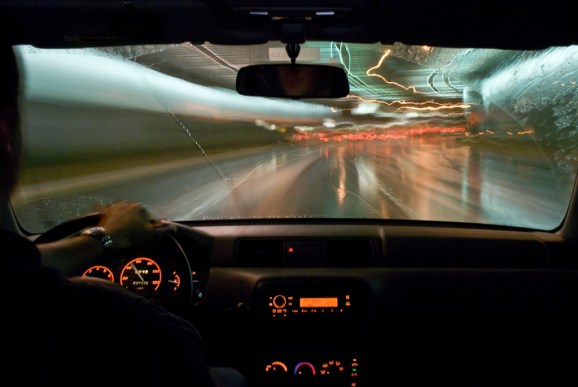 Most people can use some objective advice once in a while, especially if it has to do with their driving skills — not only because it helps for better roads, but also because few people enjoy taking advice about it from their peers.

Driveway created an app that uses smartphone sensors to create a 3D image of the user’s car. With no need of hardware, as used by competitors Automatic and Progressive, the app analyzes factors such as harsh braking, high speeds, or tight cornering to come up with a score for the user.

“The score is zero to 100. Based on the score… you can get objective notes of your driver style, or individual suggestions on a bit too much of hard braking,” founder and CEO Igor Batsman told VentureBeat. “It is very unique to each driver. It helps all of us to make the road safer and gradually improve our driving skills.”

The startup, which released the drivewise.ly app for iOS and Android, said that as of now, the main goal is to help users become better drivers by knowing their flaws. However, Driveway’s VP of business data and operation, Roman Glukhovsky, explained in a phone interview that the startup’s real potential lies in its data collection.

“In three years, we’ll have the value of Big Data of millions of cars,” Glukhovsky said. “The most exciting opportunity for the company is to become like a Google of driving data.”

Such data, the company said, can potentially help users decrease their insurance rates by up to 30 percent or save gas money by fixing common mistakes that increase gasoline consumption. It can also help parents watch their teenagers’ driving habits.

The interesting part of this data collection is its commercial and institutional usage.

“The most obvious [beneficiary] is insurance and fuel industry,” Glukhovsky added. “Also, we’ll be able to say that one in two are slamming their brakes at the curve in the bridge, which could [indicate] a hazard.”

The round was led by Ervington Investments, an investing arm for Russian businessman and Chelsea Football Club owner Roman Abramovich. Driveway has raised $11.3 million so far, and it plans to double its 20-person team within the next three months. It is also said to be working with insurance companies and other prospective partners.