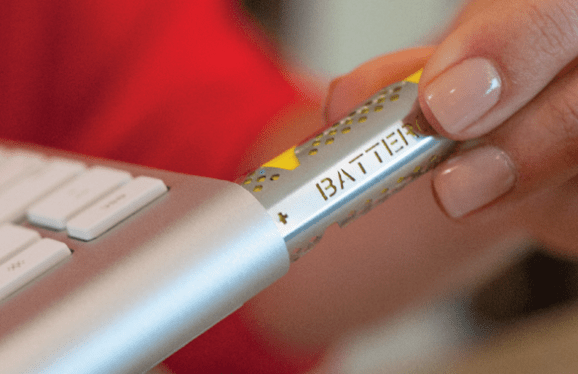 Each week our friends at Backerjack highlight a successfully crowdfunded gadget. This week, we look at Batteriser, a small battery add-on that can radically extend the life of alkaline batteries. It has reached close to 600 percent of its funding goal.

Remember batteries? They used to show up in things like pagers, digital cameras, voice recorders, flashlights, and other devices that smartphones have replaced. They’re still used in many toys, remote controls, and in relatively high-tech products such as cordless mice, keyboards, and smart door locks, and when they run out of juice they have to be replaced.

Rechargeables are one way to cut down on battery consumption, but rechargeables aren’t recommended for all devices, and recharging them can be inconvenient. This leads to a lot of waste that could be significantly reduced if batteries lasted longer.

Enter Batteriser, a product aimed at keeping batteries juiced up. According to the campaign, we tap only about 20 percent of an alkaline battery’s energy before it gives up the ghost. The invention is an ultra-thin sleeve with a tiny amount of circuitry that greatly extends the life of the battery by regulating its voltage. One demonstration shows a flashlight maintaining its output for hours with the aid of Batteriser. A flashlight with the Batteriser sleeve is also shown to be significantly brighter.

The sleeves are available for most popular cylindrical cells (AAA, AA, C and D) and come in a protective case — likely a good idea as they look fairly fragile. That leaves out the 9-volt, which is receiving a connected makeover elsewhere. The company, which is based in Sunnyvale, California, seeks to raise $30,000 on Indiegogo by August 25. For a contribution of $20, early birds will get a bundle of four AAA- and AA-sized battery sleeves by November.

Batteriser has not been without controversy– at least one commentator insists it is a scam. There are also concerns about safety that the campaign addresses. But if it does work, the technology could lead the way to a revolution in how disposable batteries are used.

Of course, the Duracells and Energizers of the world would probably not be too happy about that and might find a way of integrating a similar technology without requiring any add-ons. But even so, Batteriser would have the advantage of being reusable. With a projected price of about $2.50 per sleeve, one could quickly recoup the minor investment.

Make sure you never miss out on the latest crowdfunded tech innovations by signing up for the Backerjack Daily Digest.