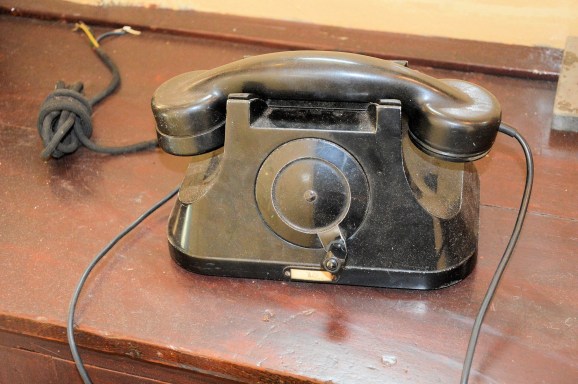 In a time when the plaudits and big funding rounds are often delivered to those with no product, no stock, and few actual employees (think Airbnb, Uber, et. al.), it is easy to forget about those who make the world go around for the eight million B2B businesses in America.

Suited and booted, or dressed to impress, an army of professional talkers, listeners, and problem solvers wend their way across the United States, hoping to find buyers who want what they’re selling. 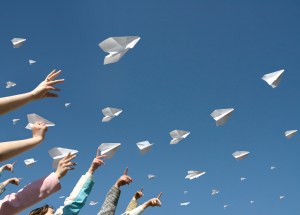 The infinitely repeated journey that starts with finding the decision maker and ends with closing the deal has many a genesis story — the most hated of all being the “cold call.”

Today, LeadFuze has announced a new sales prospecting tool that intends to sound the death knell for the call that salespeople the world over dread making.

The new LeadFuze product allows users to create lists of potential business leads through social networks, including LinkedIn and Twitter. LeadFuze’s software then verifies those prospects’ email addresses by pinging the server, paving the way for businesses to send a carefully crafted email.

“We wanted to put an end to cold calls,” Justin McGill, Founder and CEO at LeadFuze, told me. “Salespeople hate making them, and decision makers hate receiving them. Our tools are built with the goal of helping both salespeople and startups by warming up conversations through email and social media before a call ever takes place.”

That “carefully crafted email” is one area of concern with a tool such as this. I receive half a dozen sales pitches a day, and while I don’t have the data, I’d estimate that not more than 10 percent of them are written well.

That aside, this new tool is one of many I’ve seen that are placed to help promote “social sales” — the act of using social networks to engage with a prospect in order to set a mutually beneficial time to talk, rather than interrupting their day in the hope they’ll speak to you.

I wondered how this solution is different from those of the competition.

“This is different from Rapportive, FullContact, and Thrust.io as it essentially combines all three of those in one click of a button,” McGill said. “Once you run your search — by job title, industry, location, etc. — you are presented with people that match that criteria. You then click to add them; our tool goes and finds their email addresses, pulls in social data, etc.”

And while this is good for the salesperson, it does open up a few questions about spam legislation. What many people don’t know is that personal email addresses are different from business email addresses in many countries, especially the U.S. and the U.K. Business addresses are “fair game” for an introductory email, as long as you follow the rules.

In the U.S., under CAN-SPAM legislation, those rules include identifying yourself properly and offering a way for people to unsubscribe from further communications (among other things). In Canada, however, the recently-introduced CASL legislation goes much further, and salespeople who send unwelcome correspondence could find themselves in very hot water.

VB’s new email marketing buyer’s guide is available for $299 on VB Insight, or free with your martech subscription

Is LeadFuze doing anything to ensure that salespeople know what they should and shouldn’t do, especially in light of the heavy penalties they face under CASL?

“Canada’s laws are very strict on cold email, and we would not want you using the tool to cold email people in Canada, as you would be getting yourself into trouble,” McGill said. “Ultimately, the user is able to pull in prospects as they want, so it is up to the user to obey the laws in their country.”

So the short answer there is “no.” Salespeople will need to educate themselves as to what is right and wrong — the tool isn’t going to do that for you, or direct you in any particular way.

That said, the old-fashioned cold call has, in all likelihood, had its day, and “warming up” a conversation with someone who has a legitimate problem to solve, when you have a legitimate solution to offer, is a better way forward. So what are the benefits of LeadFuze’s approach versus engaging prospects first on social media?

“Though the tool was built with cold email in mind, we also capture their social media profiles,” McGill said. “So the user can indeed warm up a call first by connecting with them on social and starting the conversation there as well.”

Email legislation concerns aside, LeadFuze adds another prospecting tool to the salesperson’s armory — one that could save countless hours of hopeless interruptions in the search to find the one decision maker who needs what you have to offer that day. LeadFuze’s tool launches today with pricing starting at $69 per month.

Of course, salespeople will have to educate themselves on how to send the right kind of introductory email and make sure to conform to all the right regulations or the tool will simply help them fail faster than ever before. Caveat venditor!