Google today announced an expansion of its presentation of critics’ reviews in cards in search results.

The technology company recently added snippets of reviews into search result cards for movies, and later this year television shows and books will receive the same treatment, across smartphones, tablets, and desktop, product manager Jonathan Wald announced in a blog post today.

The content is based on Google’s expanding Knowledge Graph. But as smart as Google is, it does want help from publishers when it comes to discovering the most relevant information.

“Publishers with long-form reviews for these verticals can get up and running by selecting snippets from their reviews and then adding schema.org markup to their webpages,” Wald wrote. “This process, detailed in our critic reviews markup instructions, allows publishers to communicate to Google which snippet they prefer, what URL is associated with the review, and other metadata about the reviewed item that allows us to ensure that we’re showing the right review for the right entity.”

Publishers can learn more about how to surface this content here.

Here’s what critic reviews look like on Android once you tap on the title of a movie in the card at the top of Google search results: 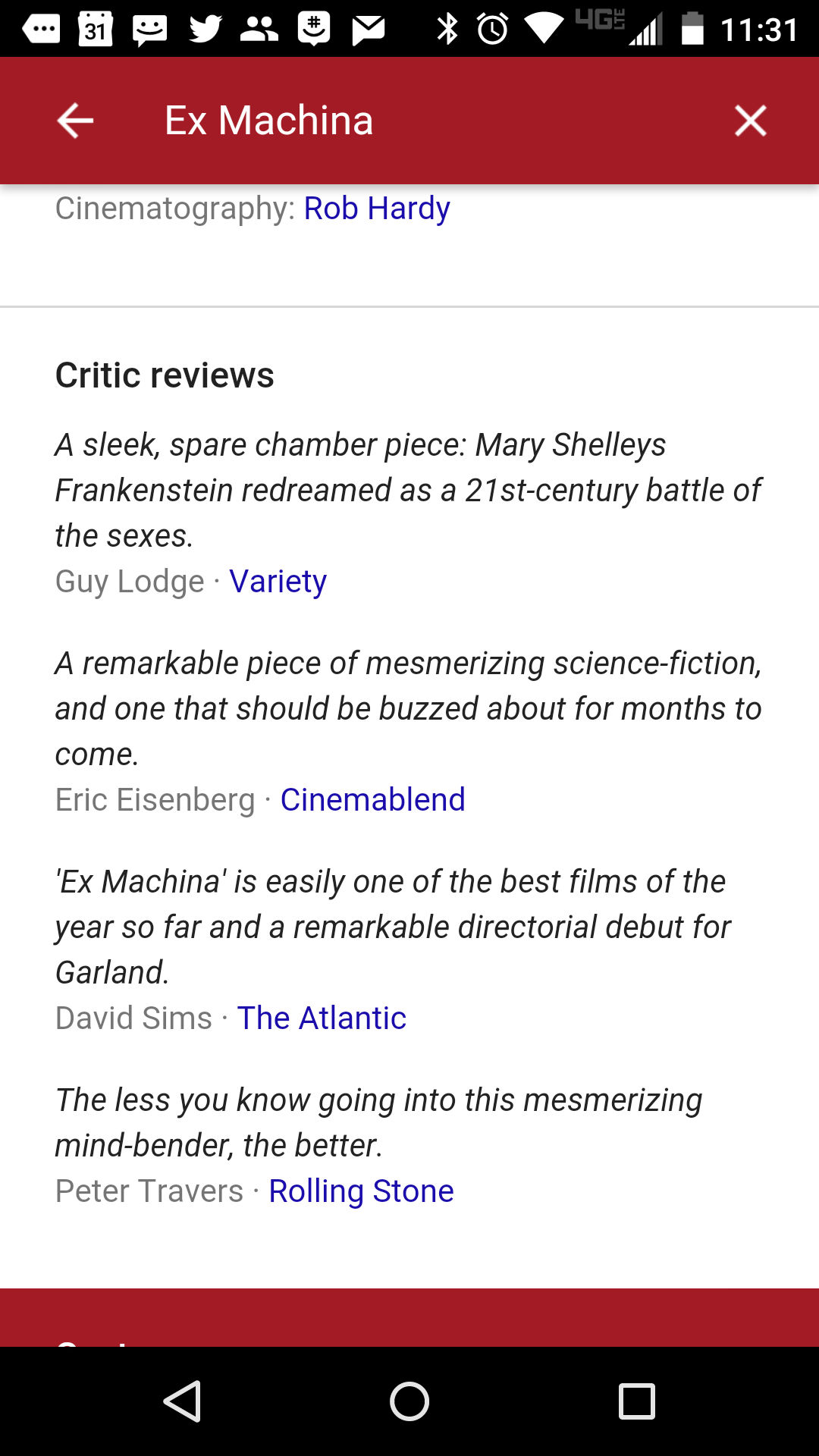 Above: Reviews of “Ex Machina” in Google search results on an Android smartphone. This sort of content will show up when people search for TV shows and books later this year.

Meanwhile, Microsoft has been trying to bring context to searches with nifty cards in its Bing search engine, which is the default in the new Microsoft Edge browser.