Now, this is how you make a game collection. Rare Replay is an Xbox One collection of 30 of the storied developer’s games, ranging from early ’80s PC games to Xbox 360 releases. We’re talking everything from Jetpac to Battletoads to Viva Piñata, covering a period from 1983 to 2008.

I talked a bit about each game already, giving 10 minute impressions of each. Now, I want to talk about the collection itself, and how it sets a new standard for studio complications.

First off, Rare Replay starts with a musical number, which is a fantastic way to begin pretty much anything. The whole presentation has an old-school theater theme, with tons of marques and red curtains. Each game has its own poster with animated bits. You’re not just scrolling down a list of game names. Each feels like an important, revered part of the company’s history. I wasn’t a big fan of a lot of the older games in the collection (many just haven’t aged well). However, some of Rare Replay’s feature manage to make them fun. You can use the L button to reverse time in the classic PC and NES games. This allows you to undo stupid mistakes, and it can also help you beat some of those ridiculously difficulty games (I’m looking at you, Battletoads).

All of the older games also have Snapshots. These are slices of the games with specific objectives. For example, completing a race in R.C. Pro-Am while earning so many points or just visiting eight screens in Sabre Wulf. For a lot of the classics, playing these vertical slices with clear, quick objectives is more satisfying than the actual game.

It’s a lot of games

Really, 30 is a ton of games. Even when I was just playing each one for 10 minutes, it took me a long time to see Rare Replay’s entire library. And, sure, about a third of them are pretty old games that you probably won’t want to try more than once, but a lot of these are classics. The Nintendo 64 era is especially great, with Banjo-Kazooie, Blast Corps, and Conker’s Bad Fur Day. You even have a bunch of more recent Xbox 360 games like Viva Piñata and Kameo.

I also discovered some games I hadn’t played before but now dig, like Cobra Triangle for the NES, which has a motorboat that sprouts a tiny propeller to move between levels. I love it. 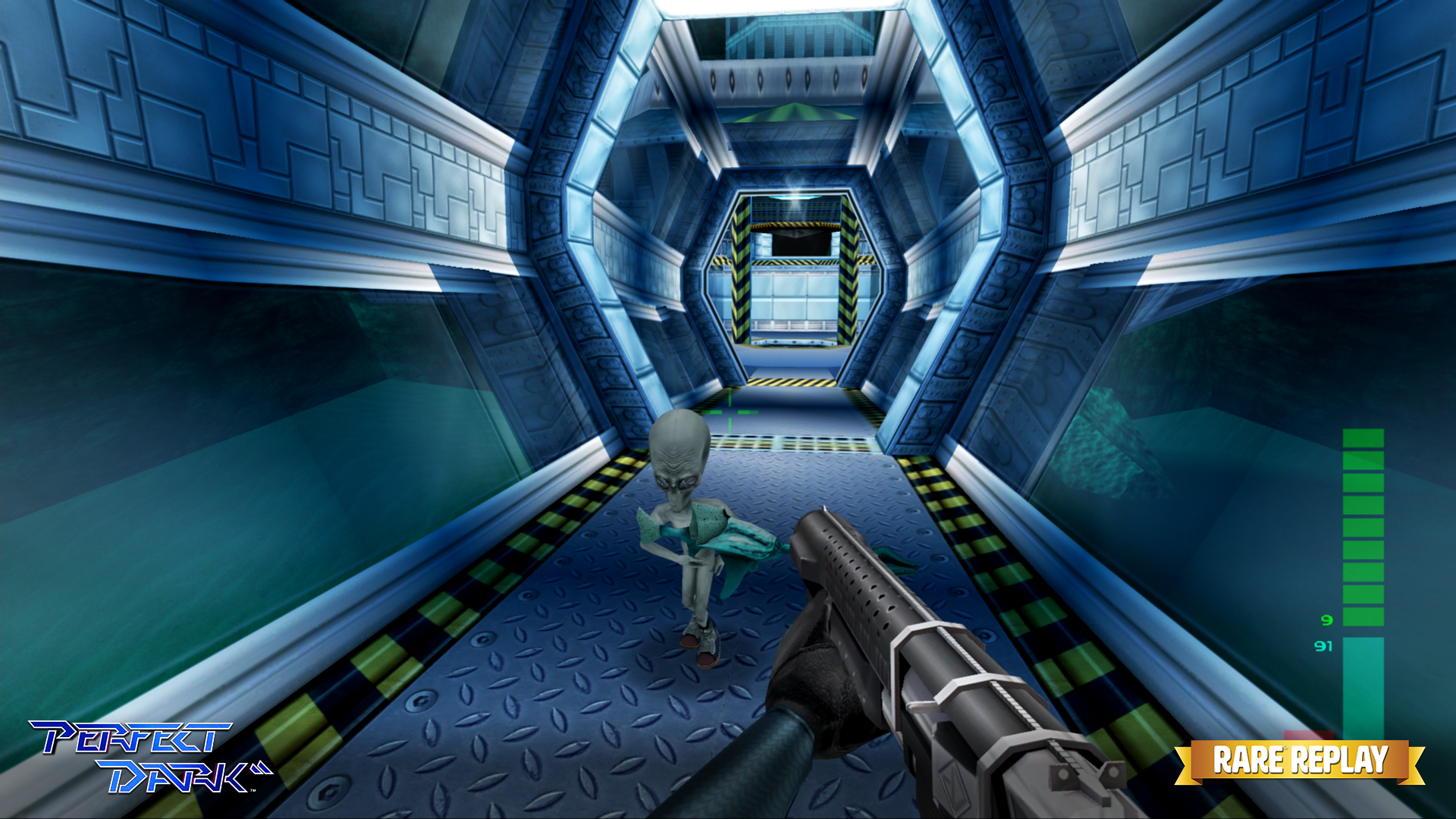 Besides games, Rare Replay has videos detailing the studio’s history and art that shows abandoned projects. You unlock much of this by playing the games. You earn stamps by starting a game, completing Snapshots, or earning Achievements. Collecting so many stamps unlocks more videos. It’s a fun incentive to play as many of the games as you can.

While most of the 30 games are simply a part of Rare Replay, anything that came out for the Xbox 360 is actually installed separately to your Xbox One. You can still access these games via Rare Replay (and you can hold down the Menu button to return to the collection even within the backwards compatible games), but my Xbox One sometimes didn’t want to cooperate.

After installing Banjo-Tooie, my system wouldn’t start the game because it said it needed an update. Then it could never download the update. The issue didn’t resolve itself until I restarted the console. Also, starting Jetpac: Refueled inside Rare Replay sent me to the Xbox Store listing for the game for some reason.

Now, these might just be isolated incidents. Honestly, similar things have happened to me with early review codes of games on Xbox One, so hopefully this is all working better for actual customers. I haven’t had the issues repeat themselves since today. We can’t exactly blame Rare here, but it is a shame that some of its best games are missing from the collection because they involve Nintendo IP. You don’t have any Donkey Kong Country, Donkey Kong 64, or Diddy Kong Racing. Also, GoldenEye isn’t available, since the licensing for the James Bond franchise is equally complicated.

Rare Replay is a great collection with a lot of great games. If you’re a fan of the developer, this is an essential addition to your gaming library. If you missed Rare’s golden era during the turn of the century, this is a fantastic opportunity to experience a lot of classics. And if you’re a weirdo who missed old PC games with isometric views and stiff animations, you’ll find plenty here to like, too.

Rare Replay is out now for Xbox One. The publisher provided us with a digital download code for the purposes of this review.