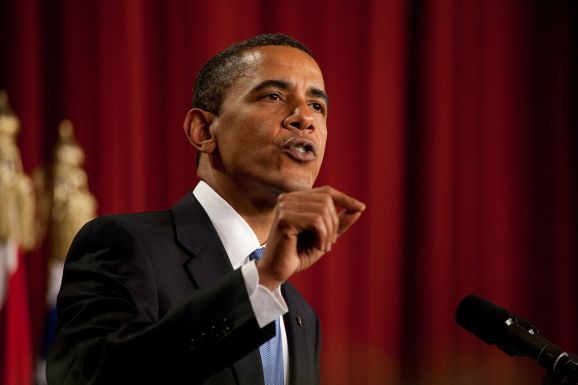 The White House published the entire text of its landmark deal with Iran on Medium today.

This isn’t the first time the White House has published key documents via Medium. The publisher-platform hybrid has also hosted remembrances, a Q&A, and the entire State of the Union address.

Medium estimates that it will take you about two hours to read the Iran deal in its entirety. Only a scant few will read it all, of course, but the White House published on Medium for one simple reason: the European Union External Action website doesn’t enjoy same amount of traffic. Publishing to Medium ensures a wider, younger audience and an easier way for readers to chop, quote, and reblog as they see fit.

Indeed, Barack Obama has made a concerted effort during his tenure to meet his audience halfway. He’s slow-jammed the news, released raw budget data on Github, visited Marc Maron’s garage studio for a podcast, and appeared on Between Two Ferns.

Speaking to Bloomberg, former Obama aide Dan Pfeiffer said, “Barack Obama’s been president at the time of probably the greatest disruption in how we consume and distribute information, essentially since the invention of the printing press.”

But there’s more than just idealistic transparency at stake. The White House is keenly exploiting Medium’s twofold format and lack of editorial direction. Because it serves as both a publisher of and platform for content, the Obama Administration now has a unified stream for important statements and softball PR chaff with no way to differentiate the two.