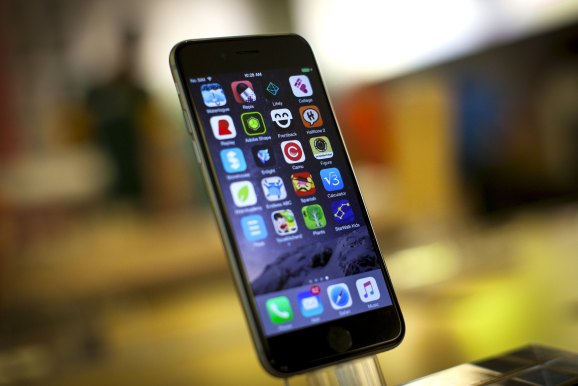 Apple’s stock is down 14 percent since July 20, the day before it announced its third quarter earnings.

After the announcement, investors got moody. Apple stock fell seven percent in after-hours trading July 21. Most speculate the mood swing was caused by concerns that Apple is relying too much on the iPhone for its fiscal health, and that the main growth market for the iPhone — China — may begin to slow down.

Making matters worse, a new research report from Canalys earlier this week said that the iPhone had indeed slipped into third place in the Chinese market, behind Huawei and market leader Xiaomi. Apple had in January taken over the top spot in China for the first time ever, but sales of the iPhone have slowed down since then.

Both Apple and rival Samsung have been working hard to establish distribution channels and storefronts in China in an effort to take business away from Huawei and Xiaomi, which are both Chinese companies.

These efforts will very likely pay off as the Chinese smartphone market matures, but it’s still way early in the game. Samsung and Apple make high-end phones. High-end phones run on high-end networks. And the high-end 4G LTE networks are just now taking root in China.

As of the end of 2014, the number of mobile Internet users in China reached 557 million (an increase of 56.72 million for the year), making it the largest smartphone market in the world, according to the China Internet Network Information Center (CNNIC).

One analyst firm (RBC) says only 12 percent of Chinese mobile users now have a 4G connection. This is a little hard to calculate, because Chinese carriers report mobile internet subscribers as “high-speed,” which can mean 3G or 4G. The CCNNIC says no more than 40 percent of Chinese mobile users have “high-speed” service. A surprising 38 percent are still on 2G networks.

The dominant carrier, China Telecom, is the only game in town for 4G service at this time. The company operates a SCDMA 3G network, which happens to be compatible with TD-LTE 4G technology, so the government granted the carrier a 4G license in late 2013.

But in June the government granted “trial” FDD-LTE licenses to China Telecom and China Unicom so that they can build and operate 4G mobile networks. The two plan on building out new 4G networks in select Chinese cities this year.

The numbers show that when faster 3G and 4G service becomes available in a given Chinese market, people adopt the service rapidly, and buy the phones that are compatible with it. China Telecom expects to add 100 million 4G mobile customers in 2015.

So Apple doesn’t have to “win China” to get the kind of continuing sales on generation after generation of iPhones that it needs to maintain the kind of growth we’ve seen over the past five quarters.

As wireless service gets faster in China, the smartphone becomes a more important screen for consuming, creating, and sharing digital content. As this happens, many Chinese consumers will decide that Apple’s iOS mobile operating system is a good tool for managing that content in an efficient and enjoyable way. And Apple’s content ecosystem may become a larger competitive factor as a source of the content.

Only time, and future quarterly reports, will tell. But the hand-wringing of Apple shareholders today will probably be but a distant, unpleasant memory by the time Apple announces its holiday quarter earnings next January.