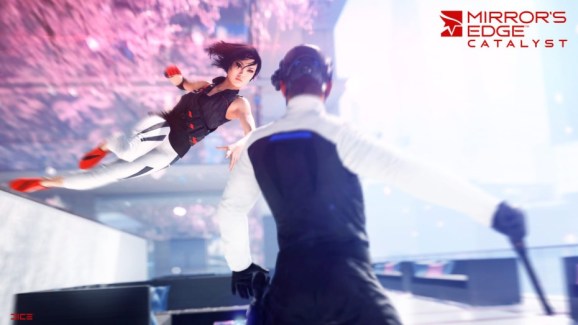 Faith is on her way back, one skyscraper at a time.

Electronic Arts showed off Mirror’s Edge: Catalyst today at its Gamescom 2015 press briefing in Cologne, Germany. The game looks really polished, as the game’s hero, Faith, makes her way at night through a futuristic city with all sorts of security measures.

Catalyst is a sequel (or, more accurately, it’s a prequel) to 2008’s Mirror Edge, a first-person game that starred Faith, a parkour runner who sped her way past enemies on rooftops as she hand-delivered secret communications in an age where everything is monitored. She didn’t pull out a big gun, but she could dispatch enemies with elegant melee moves.

Sarah Jansson, producer of the game at EA, said, “Faith is unique because she doesn’t need guns or super powers. She starts out living off the grid. In Mirror’s Edge Catalyst, you experience her transformation” into a rebel on the run.

Catalyst is coming out on PlayStation 4, Xbox One, and PC.

While the original Mirror’s Edge was a linear story, Catalyst is set in an open world. You can go anywhere you please or perform missions in any order, Jansson said.

EA’s DICE division is making the title, which is expected to debut on Feb. 23. 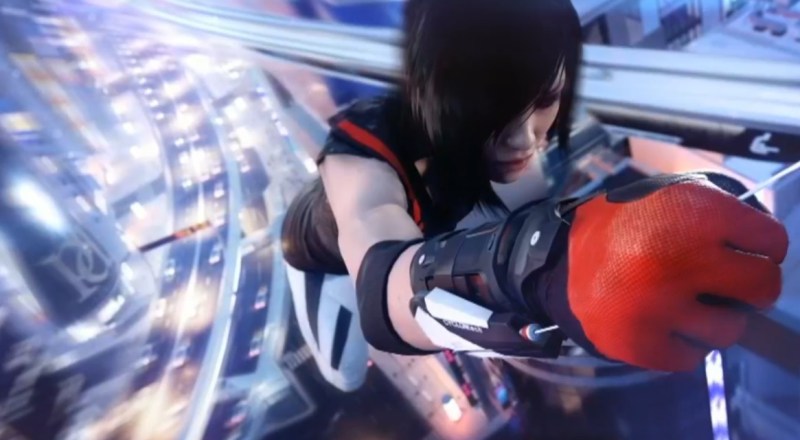