COLOGNE, Germany — Lego Dimensions sets itself apart from Skylanders, Disney Infinity, and other toys-to-life games in a big way — with expansive open worlds for all 14 of its franchises.

Warner Bros. Entertainment unveiled what must be one of the final pieces of its Lego Dimensions experience. Adventure Worlds offer large open spaces with iconic scenes and locations for each of the brands in the game.

As opposed to the chaptered campaign, the open worlds offer nonlinear pop-up challenges. You can finish some of them with characters from the current franchise you’re playing, while others require characters from other universes. This is a similar mechanic to previous Lego video games, where replaying levels with unlocked characters granted additional access, only here you need to purchase the additional characters rather than earn them in the game.

To collect one of the gold bricks in the Wizard of Oz world, you need to have purchased a Ghostbusters Level Pack (also unveiled at Gamescom today) to be able to use Peter Venkman and his trap to clear away the ghost and get the brick.

Lego Dimensions producer Doug Heder clarified whether friends would be able to borrow characters to unlock Adventure Worlds content on both their games. “This is all about sharing and playing together. You can unlock this content at a friend’s house, although it’s not going to remain unlocked once you’ve left.”

The open worlds add a considerable amount of value to Lego Dimensions and extend the differentiation between it and Disney Infinity — where you can only use franchise appropriate characters in the branded universes. With just the Starter Pack, you can access Adventure Worlds for The Lord of the Rings (via Gandalf), The Lego Movie (via Wyldstyle), and DC Comics (via Batman) in addition to the campaign content that covers all of the 14 franchises.

Adventure Worlds also add value for each of the Level, Team and Fun expansion packs. These now not only add vehicles, characters and levels for the main game but owning any one will also allow entry into the related Adventure World. This is in addition to the extra campaign levels that are added by the Level packs. 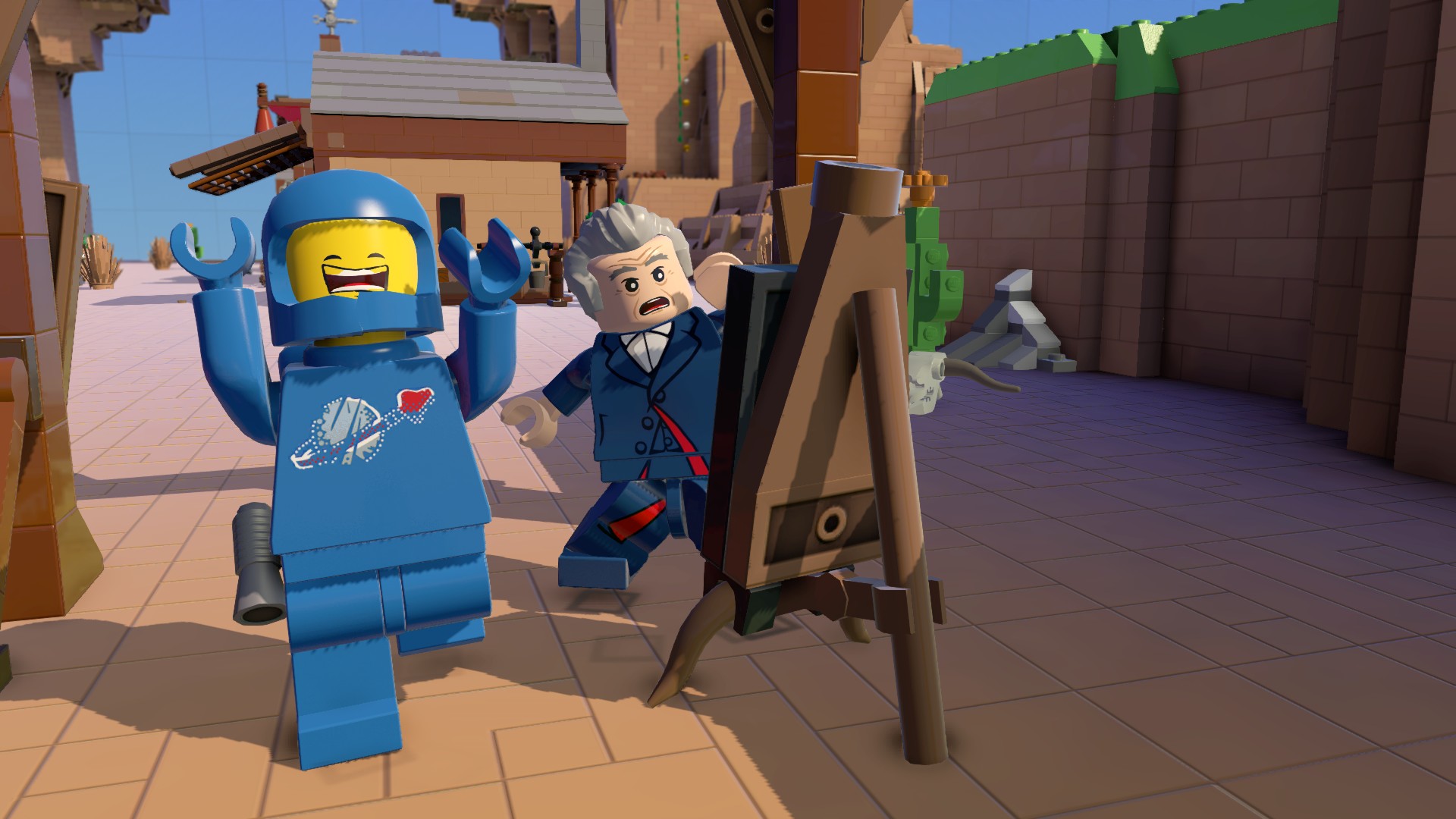 Above: Who got Dr. Who into my Lego Movie!

This approach of allowing cross-pollination of brands in both the campaign and open-world sections is also likely to generate more expansion pack sales. Players will encounter areas requiring particular characters that they must purchase to complete.

Of course, this is part of the toys-to-life ecosystem, and both Skylanders and Infinity instill similar purchasing desire in players with short in-game advertising videos of characters they can enjoy once they’ve made the associated toy purchase.

Even with this commercial edge and the higher price of entry, the sheer scale of these newly unveiled branded worlds in Lego Dimensions, the freedom players have to mix and match these experiences, and the physical toys make for a high-quality game experience with considerable value for families.