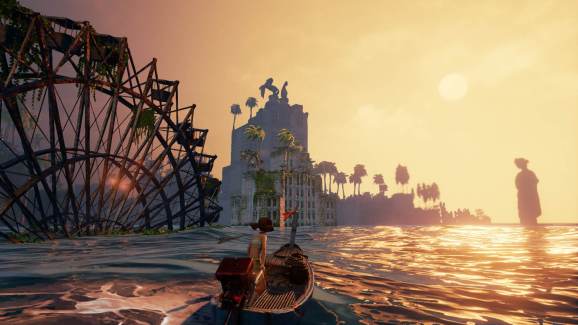 Submerged is a poignant and melancholic experience that is a joy to partake in.

Out now for PlayStation 4 and PC and August 7 for Xbox One, indie studio Uppercut Games (made up of former Bioshock devs) developed this third-person exploration, combat-free game that is all about atmosphere, subtle storytelling, and scaling tall buildings. You assume the role of a young girl named Miku who brings her sick little brother Taku to a mysterious city that is half underwater due to severe flooding. You aren’t given a tangible explanation as to what happened to this city (or even the world for that matter), why the little boy is sick, or why the young girl has decided to come to this particular city to look for help.

All you know is that you have a small boat, and you have to use it to explore this eccentric gargantuan setting filled with overgrown foliage, and look for precious supply crates to save the little boy. It’s reminiscent of titles like The Vanishing of Ethan Carter and Journey, where exploring environments and discovering their many hidden secrets with no hand-holding is the gist of the gameplay. This minimalist approach works wonders for Submerged, and its constant call to adventure makes for an engaging few hours.

Submerged is incredibly subtle with no spoken dialogue and very little text. All you know is that you have a sick boy to save, and that’s enough of an incentive to get further invested in the story. But with every supply crate that you find, (that’s how you progress through the game), the siblings’ past gets revealed through colorful pictures that are similar to petroglyphs. They’re simplistic and almost caveman-like in the way that they’re drawn, but these pictures manage to make a huge impact and really flesh out both characters and the dilemma that they’re in. Their journey is acutely distressing. As someone who has lost a parent, let’s just say I could easily relate to both characters and what they’re going through. Above: A forgotten bridge.

Besides the main story, the mysterious city’s past is another interesting narrative thread. Again, the game doesn’t give you an explicit written or spoken story, but it tells you what happened with the 60 petroglyphs that are hidden throughout the environment. When you’ve discovered them all, they reveal the cause of this devastation and massive flood. It’s environmental storytelling that encourages you to fully explore this peculiar setting and uncover what happened.

Using petroglyph-like drawings is an original approach to video game storytelling that I’ve yet to experience up until now. It’s simple but incredibly effective.

From the get-go you’re free to explore, with no instructions telling you where to go next. You’re only given a telescope that you use to find supply crates, hidden petroglyphs, and turbo upgrades for your boat. I spent a long time just simply riding on the boat and looking around. You really can play the game at your own pace, and it’s pretty relaxing. The harmonious original score, terrific art direction, day/night cycle, and beautiful lighting effects all make Submerged quite an atmospheric game. It actually reminded me of Bioshock and Shadow of the Colossus in that respect.

Submerged takes inspiration from the latter title when it comes to its mechanics as well. When you do spot a supply crate, you’ll find that they’re always on top of a prodigious landmark building, whether it’s the city’s humongous library or a fancy hotel. Besides using your boat to explore, the other core gameplay aspect is climbing these buildings all the way to the top to reach the crates. Just like the colossi in Shadow of the Colossus, the buildings are massive environmental puzzles that you have to conquer, and getting to the top is no easy task. It’s a satisfying challenge that cleverly makes use of the eccentric, standout setting. 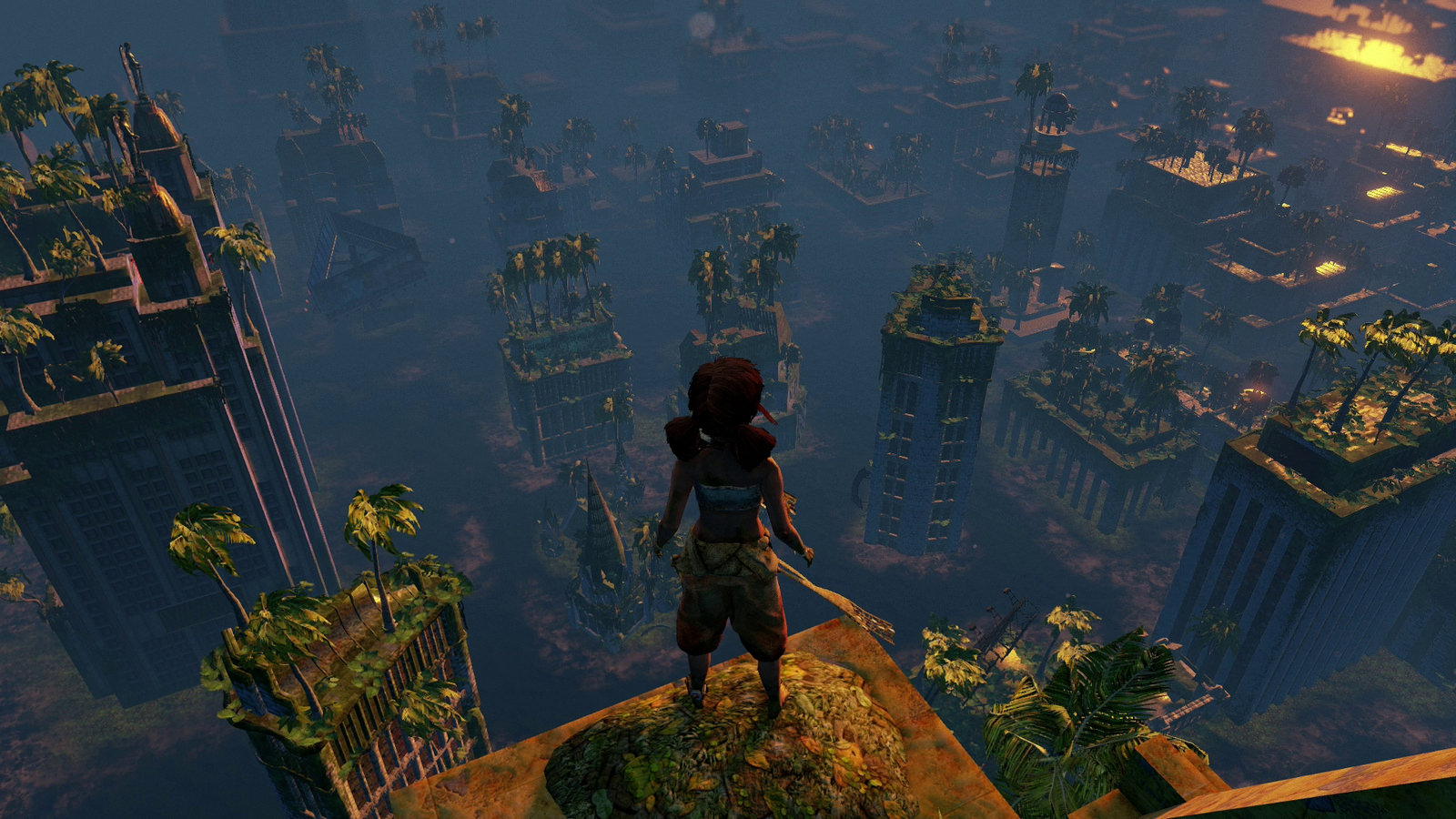 Above: Climb all the way to the top.

Only a few minor technical hiccups here and there undermine the overall experience. The animations are a bit dodgy, as Miku moves around awkwardly. This issue stands out because so much of Submerged is about exploring and climbing. It made scaling the buildings feel less fun and appealing. I also encountered infrequent clipping issues and frame rate drops but not often. The game also doesn’t look like a PlayStation 4 title. Besides the lighting everything else looks slightly outdated.

For those looking for a more hands-on game with plenty of combat, look elsewhere. Submerged is subtle in everything it does, including the way it tells its story and its mechanics. Though it isn’t as polished as Journey, and it ultimately won’t wow you the same way Thatgamecompany’s title did back in 2012, it’s still an atmospheric delight. It’s heavily inspired by two great games — Bioshock and Shadow of the Colossus — and tells its story in a original way.

Submerged will be sure to hook you in the short time you spend with it, and it might just make you excited for what Uppercut Games has up its sleeve next.

Submerged comes out on August 4 for PC and PlayStation 4, and August 7 for Xbox One. Uppercut Games provided GamesBeat with a digital PS4 code of the game for the purposes of this review.