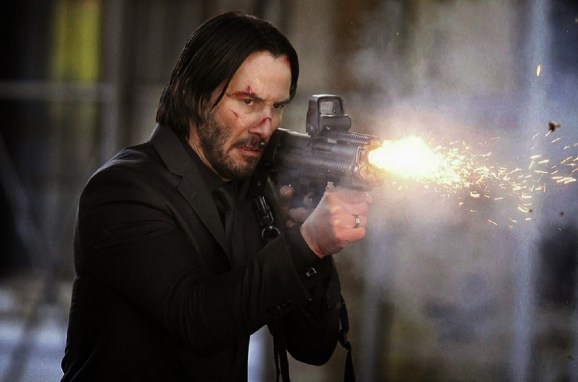 Lionsgate is teaming up with Starbreeze and others to make a virtual reality game based on Keanu Reeves’ John Wick action flick.

The deal shows that a few Hollywood and gaming powerhouses believe that virtual reality will emerge as the next big video game platform. Starbreeze will target the HTC Vive VR platform, which is based on the Steam VR technology created by Valve. John Wick might make very good shooter material, as Reeves plays an ex-hit man who comes out of retirement to track down the gangsters who took everything from him. He shows no mercy, and he fires a lot of guns in all directions, even where he is not looking.

That latter fact makes a VR game based on the movie particularly interesting, as you can fire in all directions in VR, if you have a gun in each hand. In a traditional video game, you can only really fire where you are looking in the limited field of view on the display in front of you.

Stockholm-based Starbreeze is known for its shooter games such as the Payday series, while Lionsgate is known for The Hunger Games and Divergent films. In the past couple of years, Lionsgate has been actively pursuing game deals based on its films. Game developer Grab will create the game in collaboration with film producer Basil Iwanyk, while Starbreeze will distribute it.

Meanwhile, Wevr, the VR studio responsible for The Blu, will create a virtual world experience around the John Wick movie as a free demo this fall.

“This movie lends itself to VR because it’s a self-contained set in many of the scenes,” said Peter Levin, the head of games at Lionsgate. “Starbreeze is perfect for this because they’re one of the best first-person shooter teams out there. John Wick screams for a game.”

The missions will be set in the Continental Hotel, which is sort of a character in itself, Levin said. A first-person shooter could be challenging to do in VR, since it can be easy to get sick. But the Vive platform in particular has been created in a way to minimize motion sickness.

“Lionsgate is a leader in producing and delivering the kind of provocative, original and engaging storytelling that you need to launch an exhilarating and marketable game,” said Starbreeze CEO Bo Andersson Klint in a statement. “The John Wick characters and universe really resonated with our Payday fans last year when we first incorporated them into our game, so we’re thrilled to partner with the studio and the John Wick creative team to create a new standalone game enhanced by the state of the art in virtual reality.”

The R-rated Keanu Reeves film came out in October. Its domestic gross is $43 million, while worldwide it is $78 million, according to Box Office Mojo. So it remains to be seen if it will be a cult classic. John Wick 2 is slated to come out in 2016.

“Lionsgate has been a great partner on John Wick because the studio not only believes in traditional storytelling but also recognizes the value of extending its movies beyond the screen and involving fans in new ways to explore the characters and stories,” said film producer and Thunder Road Pictures CEO Basil Iwanyk, in a statement. “Working with accomplished gaming companies like Starbreeze, Wevr and Grab is a terrific opportunity to bring the world of John Wick into an exciting new dimension.”