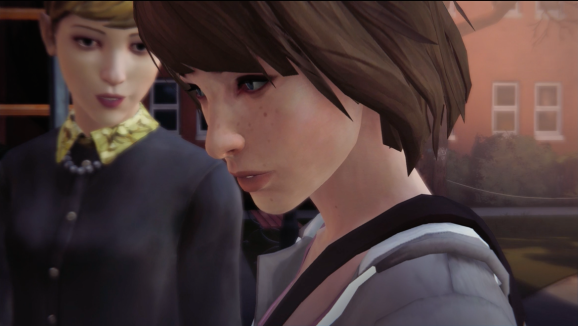 Life is Strange is one of the year’s most acclaimed storytelling games, but it nearly didn’t get made.

French developer Dontnod Entertainment was pitching another project to pubisher Square Enix, and the meeting didn’t go so well. In the aftermath of the failed pitch, Dontnod fortuitously showed off Life is Strange, and a partnership was born. Dontnod — previously responsible for the third-person action title Remember Me — was experiencing financial troubles at the time, reports MCV, and Life is Strange might never have happened but for that spontaneous meeting of minds.

“We have a team in London that spends a lot of time talking to studios,” explained Phil Rogers, chief executive officer of Square Enix for Europe and the Americas. “Life is Strange came through a meeting set up by that team. Dontnod visited us to show us a different project. We decided quite quickly that it wasn’t for us, and it was one of those great moments when they said — it was almost like a postscript to the meeting — ‘OK, we are also working on this.’

“You could instantly see the jaws drop, and the reaction and desire to start playing with it.”

Life is Strange recently picked up two Develop awards for industry excellence, winning in the categories for best new intellectual property and best narrative. Dontnod’s creative director Jean-Maxime Moris talked earlier this year about the relationship with Square Enix, saying how the publisher stayed true to the spirit of the game, including retaining its female lead. “We had other publishers telling us to make it a male lead character, and Square didn’t even question that once,” he said.

“It was an almost fortuitous meeting,” explained Rogers. “We love the storytelling element. We feel storytelling is one of our fortes; it is very important to us as a group.

“The game came out of that encounter. We love what the team is doing; we feel we can help them and we are really pleased we got to work with Dontnod.”