With a total prize pool of $18 million, the tournament for the multiplayer online battle arena title was one more indicator that esports, or video games played in front of spectators, have become a huge phenomenon.

The Evil Geniuses defeated CDEC by three games to one in a final match at Seattle’s crowded Key Arena. The two teams were the finalists after a week-long, 16-team event at The International.

It was the first time a team from the U.S. won The International, and cheers of “USA, USA, USA” rang out through the arena. The CDEC team came from China as a fourth-tier squad in a wild card slot. But, it beat every team that it faced in the tournament, including Evil Geniuses in an earlier round. The Evil Geniuses team consisted of ppd, Suma1L, UNiVeRsE, Fear, and Aui_2000.

The second-place finishers took home a $2.8 million prize. The International is sponsored by Valve, the developer of Dota 2. The prize pool has grown steadily since the first International in 2011. The pool itself grows because of the game’s growing popularity, as 25 percent of the proceeds from purchases of a special “Compendium” to the game go to the prize pool for the event. 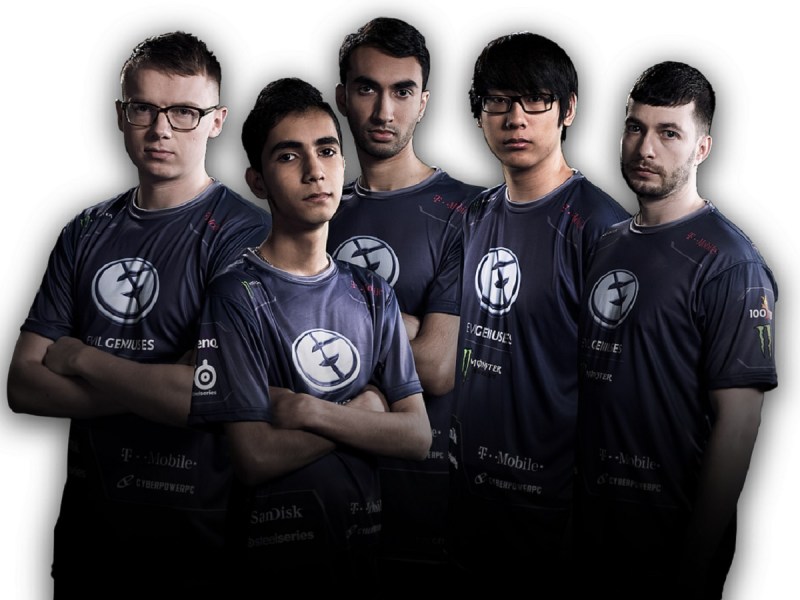 Above: The Evil Geniuses Dota 2 team.