SHANGHAI — Kevin Chou is a young chief executive, but in six swift years, he has grown Kabam into a $400 million free-to-play mobile gaming company with 800 employees. Kabam has forged alliances with Hollywood studios like Lionsgate, Universal, Warner Bros., and Disney. One game from just one of those alliances, Marvel: Contest of Champions, has generated more than $100 million in revenue in just seven months.

And now it’s shifting its strategy to put more resources behind every game. It published 16 titles in 2014, but it expects to only release four in 2015. Chou has reset the strategy to make higher-quality games. He believes his job is to set a vision, hire the right people to execute that vision, and then find the money to support those goals. Last year, he raised $120 million from Alibaba to finance Kabam’s global expansions.

This year, he returned to the ChinaJoy gaming trade show to talk about an alliance with Longtu and plans to launch Marvel: Contest of Champions in the Chinese market. We talked with him in an office in a skyscraper in the midst of skyscrapers in Shanghai.

Here’s an edited transcript of our interview. We’ll have plenty of interviews like these at our GamesBeat 2015 conference on Oct. 12-13 in San Francisco. 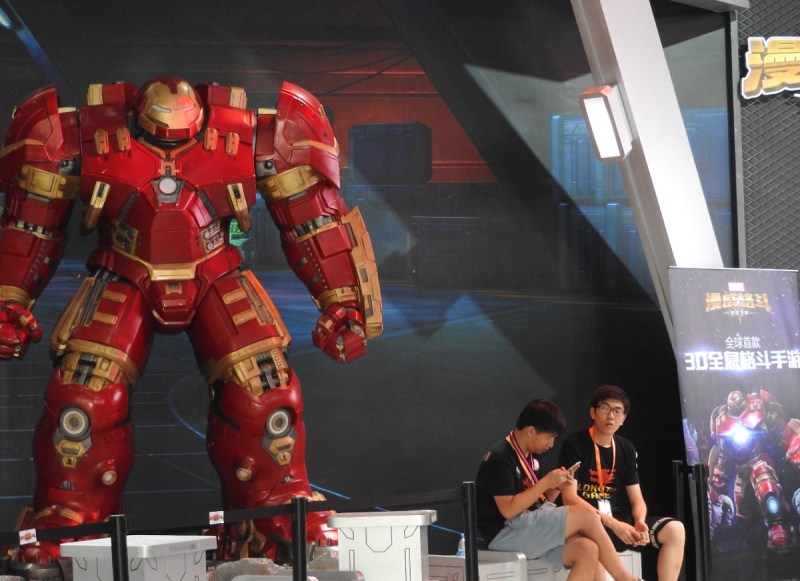 Above: Marvel: Contest of Champions Iron Man character at ChinaJoy.

GamesBeat: You have 800 people turning out four games a year now. Is that 200 people per project per year? It sounds like console team sizes.

Kevin Chou: We’re definitely not at 200 a team. We probably have a bit bigger finance and legal team than people would expect. We were actively pursuing an IPO a couple years ago, and we have to keep up with the maintenance required to be a public company. There’s a reasonably-sized corporate team in place. Our largest team will get close to 100 people, a bit south of 100 people.

GamesBeat: And working for how long on one project?

Chou: Under our new strategy, we try to get teams psyched to go think about a multi-year vision for a product — three, four, five years. We also have the legacy games we’re still running. We have four new projects a year, but we also have people staffed on older projects, so teams are much, much smaller than 200 people. We don’t even have a game team over 100. Our biggest is getting close to that but not over.

GamesBeat: When you look at the strategies of different companies in mobile, how would you compare yourselves to some of them — Supercell, King, EA Mobile, Glu? It seems like you bear some similarity to Glu, but I don’t know how you would describe it. The Supercell style, they keep saying, is to have teams of five people or so. 15 people are running Clash of Clans. To me, that just makes them an extreme outlier. There’s no one else like it. You’re choosing a strategy to be different from everybody on that list as well, though.

Chou: I think so. As a CEO, I have three key responsibilities. The first one that I think about, my primary objective — yesterday I called it setting a vision for the company. But vision also needs to be an understandable strategy. I think of Kabam’s strategy as — if you’re trying to become an industry leader, you can’t follow what everyone else is doing. It’s very much about predicting where the puck is going and placing bets on that.

As far as key differences for Kabam — the biggest similarity to Glu has been the focus on Hollywood IP. We do it a bit differently. Their biggest successes have been more like celebrity games. But I look at our Hollywood IP pipeline as one of the strongest in the industry. That’s because of our focus on doing a smaller number of projects, but doing as much as possible to make those projects successful.

We talked about how Marvel grossed $100 million in just seven months. That game is still growing. I’m very excited about the trajectory of that project. That leads us to Star Wars. We just announced a second Marvel game as well. It’s an incredible success leading to more projects that we’re excited about.

The second part of our strategy is thinking about China and other Asian markets a bit differently, in terms of hyper-localization of a project. A lot of western companies will take an existing game and translate it. They may work with some marketing partners and so forth, but I think we’re the only company that hyper-localizes with a team based here in China. The product design is going to be reasonably different than what you see in the west. 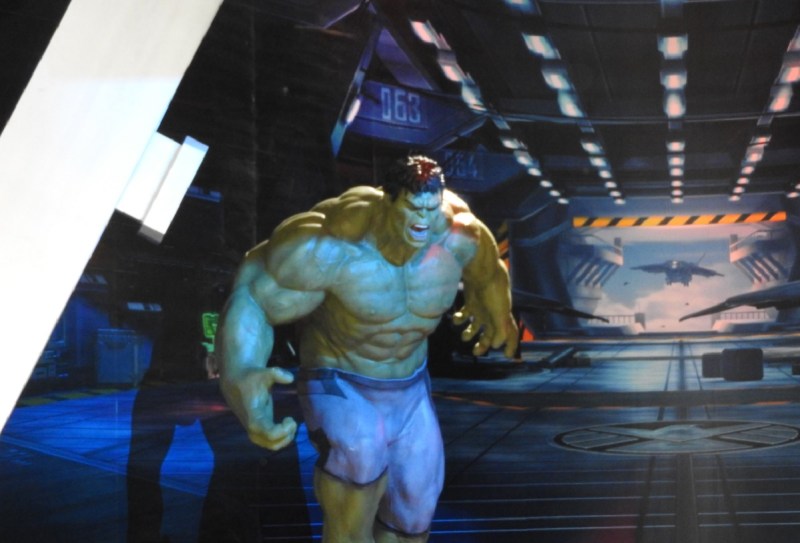 Above: Hulk from Marvel: Contest of Champions at ChinaJoy

I have two of my founders out here in China now. We have an office with a dedicated team and experienced leadership to focus on bringing games to China. We’re also absolutely thinking about the hardware that’s coming out in the next year and the year after. We’ve become fairly good at predicting hardware specs. If you study the CPUs and GPUs on the way, you can project forward into the next generations of hardware.

When we think about a game that we’re starting today, the question is, what can we do to push the boundaries of the hardware that will be there when we launch that game in 18 months? It’s a bit of a console-ish strategy. We’re pushing at the absolute edges of the hardware. And of course the next generation comes out a year after that. The mid-tier of the market becomes strong enough to support the last generation’s games.

Take a game like Contest of Champions. When we pushed it out, it didn’t run too well on tier two, tier three devices. Seven months later, though, we can support a lot more devices than we supported at launch. Generations in phones happen much faster than in console. We’re thinking about pushing new boundaries in hardware every year.