Nearly a year after Foursquare’s relaunch, we caught up with chief executive Dennis Crowley to talk Foursquare’s future, its plan to cash in on ad tech, privacy, burrito discovery, and why the six-year-old startup doesn’t have to kill Yelp.

Here’s our Q&A, trimmed for clarity.

Dennis Crowley: How’s Foursquare the company? We’re doing great; we just came out of this monthly operating review and we had a great quarter — actually we’ve had a great year so far. I think since we unbundled the apps there was a lot of uncertainty about how we could make some of that stuff work, and I think looking at the numbers now, that strategy is totally right on.

HW: It seemed like there was a pop from your first marketing push. And then what happened after that?

DC: After the unbundling it takes a while for people to understand there’s two apps now, not one. There’s the education part, and then there’s reinforcing that through marketing. We’re now much more effective at email marketing, we’re doing some experiments through paid downloads, we have creative brand and content strategies, we’ve partnered with other organizations.

And then, I think the products have gotten a lot better. We brought a lot of stuff we knew would work — we brought it back into Swarm and made it work the way we wanted it to. And the Foursquare app has matured nicely. We’re sending more than 1 million pings to people every day … 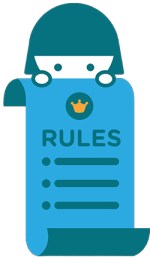 HW: Do you feel the recent Mayor change came about to fix a mistake? Was that like, “OK, we screwed up”?

DC: My feeling was that the game mechanics that we had on Foursquare were stale and we needed to update it … And after a while we thought, “OK, the old ones were more fun” … and so we made the decision … let’s put the old game back in. We really wanted to make that change once.

HW: I do use Foursquare, and I had an issue during my last trip to San Francisco. I was looking for Mexican food and I kept getting an American cafe that happened to have one Mexican item.

DC: It’s tough to anticipate what people want sometimes. You get it wrong and people really notice it …

DC: You shouldn’t have to stress over that, it’s just like “Mexican” or “burrito.” You can almost imagine it would be a toggle: What do you want, the closest one or the best one?

HW: I actually take it really seriously when you say “This is in the top five best burritos in SF”

DC: What do you think is the best one?

DC: The one on Mission.

HW: Yeah. Farolito is good when you’re drunk … but I just love this burrito truck near my apartment in Brooklyn.

HW: Tacos Morelos; there’s one in East Village, too. I don’t like the restaurant — just the truck. It’s on Avenue A.

HW: I prefer to only get the vegetarian with everything on it

DC: I’ll try it this weekend. Taco or burrito? If I take my dad there tonight?

HW: I’d get the burrito

DC: This is a good … Foursquare should nudge me and be like, “Hey Dennis, seriously, you have not been to that place.”

DC: This is what Foursquare aims to be, a conversation among friends. Not that this thing is listening and recording, but more like: “Hey Dennis, what are you doing? You’re in the East Village this weekend? Listen, I’m gonna remind you again. You didn’t go to that taco place two weeks ago — you gotta go,” and once it’s done with that, it’s like, “OK, now I got another place for you.”

I still want Foursquare to solve that problem, in the same way I wanted to solve that problem in 2009. We’ve solved a lot of problems along the way, but we haven’t solved that problem — a piece of software that learns about you, where you go, what you like and what you don’t like, in the sense that it’s proactively being like: “Dennis, stop screwing around, you gotta go try this place in this neighborhood.”

DC: Let’s unpack that a bit. It’s a little confusing because we have Foursquare the company, which makes two consumer apps, [of which] Foursquare is one.

HW: With Pinpoint, one of the things that struck me is it’s not just an ad on Foursquare.

DC: That’s why we built Pinpoint. We have a ton of advertisers that want to write huge checks. They want to spend on Foursquare in the U.S., but we run out of inventory. So the whole point of Pinpoint was: Let’s get additional impressions, let’s put the Foursquare special sauce on it, but let’s get those ads to appear on other services, in other apps, on other websites.

HW: How do I know when the ad I’m seeing is flavored by my taste?

DC: As a consumer, you’ll never know. As a reporter, I’m not sure how you’d find that out.

In my board deck I had to explain that. They say, “What does a Pinpoint ad look like?” — a Pinpoint ad looks like any other mobile ad that you’ll see on ESPN, or Deadspin, or Clash of Clans. It’s the same ad unit. It’s just gonna be more specifically targeted at you because “Hey, you were at two airports this month.”

HW: Has anyone complained about this system? Can you opt out?

HW: I just wonder where you feel as far as privacy goes. Where do you feel your responsibilities lie? Or do you feel like that’s an honest use of data?

DC: I think it’s a good use of the data because it enables us to build the consumer products. The line for me is more like, “How aggressively do we push ads at people in Foursquare?” And I feel like I’m like the police chief of that here.

DC: Getting the Twitter deal done was a big deal for us; it was real validation of the quality of the data and our investment in that strategy. Twitter has their pick of the litter, and they decided to work with us.

HW: It seems like big partnerships are key to Foursquare being more than a few isolated services …

DC: A lot of those deals make Foursquare smarter. Foursquare the company is only as good as our understanding of the real world. Fortunately there are 5 million check-ins everyday on Swarm, 7 billion of them all time. Foursquare the app gets tons of data … so we learn from people using the two apps, but then as you’re tagging things on these other services, it’s feeding that signal back to us.

HW: What do you think of Yelp?

DC: They’re just doing what they’ve been doing for a long time. Do they ever do anything new?

DC: They reinvented the yellow pages, and they have this business that extracts money from merchants and that’s their thing — they’re gonna do that until the end of time. I think we’re on a different path. We’re like, “Let’s reinvent what local search is supposed to look like.” We are playing this big data, predictive algorithm, “Let’s build a personalized system that tells you where to go,” and it’s a totally different game.

HW: Do you feel like one has to win between the two?

DC: Um, I mean consumers will choose. Our goal here is not necessarily “Beat Yelp! Beat Yelp!” — it’s like, “Let’s make something that changes the way that people view the world.” I think if we just keep doing what we’re doing, we’ll make the older generations of products irrelevant.

HW: There were a lot of whispers about your ability to monetize.

DC: I think we got lumped in with this group of companies that people were like, “I don’t have any idea how Foursquare will monetize…”

HW: You were thrown in with Tumblr?

DC: A lot of different companies. And I was like, “How on earth could you not imagine a way we’d monetize this service? We have a treasure trove of amazing data.” We haven’t gone public with Pinpoint data, but I’m excited to do it.

HW: You could do it right now?

[Crowley turns us down]

HW: Are you seeing Foursquare continuing on as an independent company, or IPO-ing? Is there a need for an exit?

DC: Yeah, I think we’re constantly surveying the options. I think we’re, what, six years into Foursquare? They say the average company takes nine years before they hit that stable point of profitability. My personal goal is to get some version of Foursquare in the hands of hundreds of millions of people. Those recommendations that buzz you — we send a million a day; I want to send 100 million. If we partner with another company to help us do that, if we consider doing it independently, there are a number of ways to do that.

HW: Do you think people are getting the story wrong about how you’re doing?

DC: We got hazed a lot about the two apps, and now we’re starting to see this nice growth and we’re seeing Pinpoint working.

We’re saying: We don’t need to go out there and beat our chests about it. We’re in one of those moments now, and we’re feeling content to be there.

We’re talking to Crowley on stage at GrowthBeat in San Francisco. August 18. Be there or be [Four]square.