Today Google unveiled a massive reorganization project, introducing a new umbrella company — Alphabet — which will include a number of entities, among them: Google, Google Ventures, Calico, Nest, Google X, and Fiber. Phew.

As part of the change, Sundar Pichai will become Google’s new CEO, following his appointment to “Product Chief” last year. It isn’t all that surprising to see Pichai take on the new role, but investors seem pretty excited about it. During after-hours trading, Google — which will eventually trade under the name “Alphabet” (the stock symbols will remain GOOG/GOOGL) — spiked 6 percent after closing slightly down for the day. 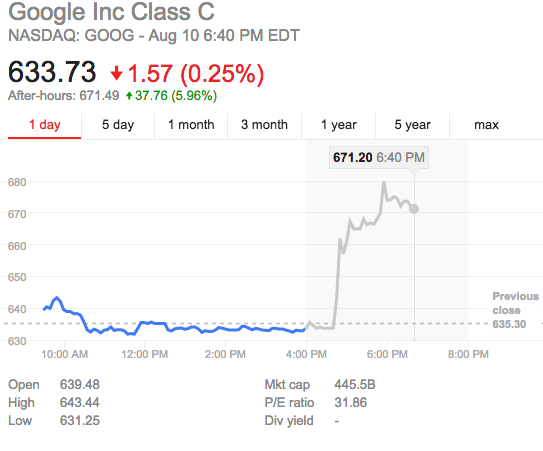