Check off another demo day by startup accelerator 500 Startups.

At the Computer History Museum in Mountain View, Calif., 42 startups — a mixture of early-stage and post-seed level — made their pitch in front of a room filled with investors. VentureBeat attended the event, and here’s our list of favorites from this batch of startups (in order of presentation): 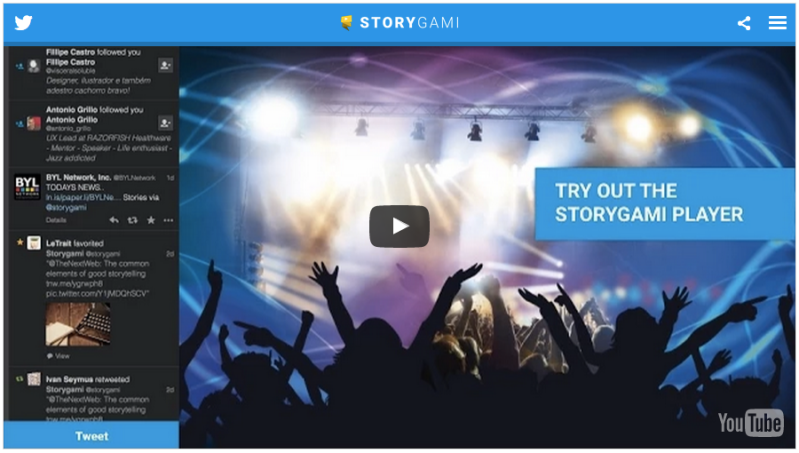 Storygami bills itself as a platform for brands to create “smart interactive videos.” Marketers can take videos from their companies and affix additional interactive elements such as articles, social media streams, image galleries, links to Google Maps, profile bios, forms, and more. No coding is necessary, as the platform offers a drag-and-drop interface and also provides useful real-time analytics to determine how engaged viewers are with the content.

The service offers tiered pricing. There’s a free plan that offers unlimited views and lets you create up to 10 standard videos. You can also upload the enhanced videos onto YouTube and Vimeo. With a premium plan, Storygami gives the same type of features, but also offers custom branding options, better analytics, and prime support.

During its presentation, the company said that users of its platform saw 90 percent higher engagement rate on their videos. Additionally, it has generated $70,000 in revenue from its pilot program while also growing 22 percent month-over-month.

MoBagel dubs itself the Google Analytics for the Internet of Things. As we build mobile applications and websites, we don’t bat an eye at including analytics. But when it comes to robotics and smart devices, whether it’s a thermostat or a car, camera, refrigerator, etc, this may not often be the case.

Hardware manufacturers and designers can leverage MoBagel to analyze usage behavior after the product has been shipped, which can help them to better plan against product recalls or returns. Think about it this way: if you buy a device from Panasonic, the company could proactively send you new parts if they knew it was about to break.

MoBagel has secured contracts worth $19 million, and its clients include a top Asian robotics manufacturer (MoBagel declined to divulge the name). 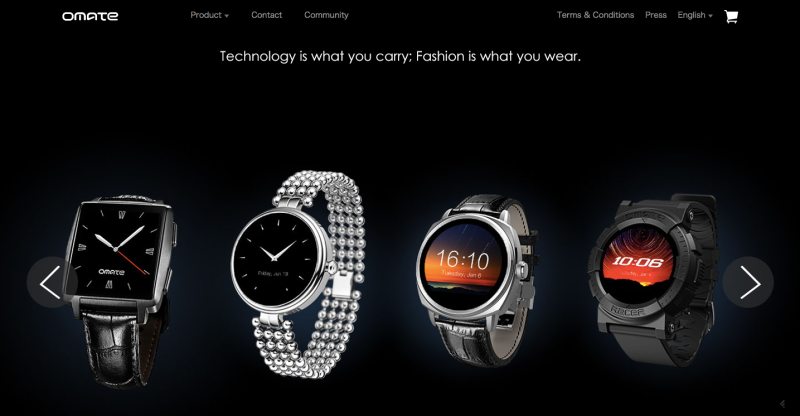 With the proliferation of wearable devices, more companies are trying to get their foot in the door, but how do you mesh fashion and jewelry with the world of tech? Omate has the answer, or at least it hopes to. It previously launched a Kickstarter campaign to develop a standalone smartwatch that works with all smartphones and managed to raise $1.03 million, exceeding its goal of $100,000.

Since its inception, Omate has worked with major fashion brands to create high-tech products that are integrated into well-designed accessories. It’s all about making tech work with fashion, not the other way around. Its next project is a partnership with Emanuel Ungaro to produce the Ungaro ring, an 18 karat gold ring that is connected to an iPhone.

GROM sells on-demand 3D printed products through the world’s largest retailers. The company started with phone cases and says that it quickly sold over 9,000 cases at a 43 percent margin. This got the attention of retailers such as Amazon, Media Markt, Coralblue, Hema, and others.

Started in 2012, GROM aimed to tackle doubters who said that there was no future for 3D products, that 3D wasn’t scalable, was too expensive, and produced poor quality items. Now GROM lets people create unique products and helps get those products into mass markets. The company has seen 81 percent month-over-month growth.

Bitcoin and other cryptocurrencies are still pretty popular among select groups, but there’s fear that illegal organizations are using them to fund their activities. SABR.io is a tool law enforcement agencies can use to not only know where bitcoins are being spent, but also keep tabs on who’s party to the transaction.

The company says that it’s able to track this information through its “patented technology, access to proprietary data, and also through its participation in the network.” It explains that for decades, law enforcement has followed the money to help with their investigations, but that “Bitcoin creates a blind spot.” SABR claims that with its technology, agents could have found the Dread Pirate Roberts within days, instead of years.

With an average lifetime value of over $400,000, SABR has attracted the attention of the U.S. Department of Justice, the White House, and other federal agencies. It has raised $1 million in funding to date.

We all have problems scheduling meetings, and with countless calendar apps out there, why not let one more take a stab at fixing things? Kono is a calendar app that utilizes artificial intelligence to help you better organize your day.

The company believes that its use of AI will separate it from Tempo AI and other similar calendar apps. It says that with a couple of clicks, you can schedule a meeting, and you don’t even have to enter in all the details for Kono to know what you’re planning. It will learn who you are, where you are, and your preferences.

Just like Donna, Kono will send you notifications when it’s time for you to leave, and also provide directions to your destination.

Kono launched three weeks ago and has 2,000 active users who have scheduled at least 10 events each week.

For those of us who still have contracts with our cell phone providers, there are times when we wish we could get out of our contract to either get a new phone or receive better service elsewhere. CellBreaker bills itself as a service to help you legally get out of any contract and find you a new carrier within seven days — all without your paying any termination fee.

CellBreaker will not only help you switch contracts but will also monitor your contract for any unauthorized charges. If any are detected, the company will handle all disputes on your behalf and help you terminate the contract. Then it’ll monitor your new cell contract and let you know if anything changes.

Your college years are supposed to be the best four-plus years of your life. At least that’s what everyone says. But once you graduate, chances are that you’ll remain connected to only your closest friends and roommates. Alumnify wants to improve the relationships graduates have with each other and also with the university. Think of it as Nextdoor for the alumni group.

Alumnify has raised more than $1 million in funding and has 130 schools signed up, including Ole’ Miss, Boise State, and others. The point is not for schools to raise money — how often do graduates really donate? It’s about showing that schools and alumni care about each other and building warmer relationships so alumni can help each other out, whether it’s getting someone a job, meeting up socially, or anything else.

The company is hoping to bring 6 million alumni on-board by the end of this year.

In a bit of a departure from its usual lightning-round presentation format, 500 Startups modified its agenda to include several sessions around helping venture capitalists better understand how to spot unicorns (inspired by Dave McClure’s Medium post that was published in May), as well as covering metrics, and the networking effect of firms.

Now funding more than 1,200 companies, 500 Startups itself is rapidly growing. McClure revealed that he has a team of 75 people across 15 countries. The firm now has $190 million under management across its various funds, of which $130 million has been deployed. It claims that, when all is said and done, companies under its tutelage have raised at least $3 billion in additional capital.

Other disclosed facts: At least 25 percent of 500 Startups’ portfolio companies started outside the U.S., more than 25 percent have female co-founders, and more than 150 of its companies are run by female chief executives.

Dave McClure >> 99 VC Problems But A Batch Ain't One: Why Portfolio Size Matters For Returns from 500 Startups

Helping angel investors and others learn

In May, 500 Startups teamed up with Stanford University to put together a two-week course designed to help angel investors, micro VCs, corporations, and others learn how to make prudent funding decisions.

The class was made up of 35 students, of which half were women. The group was diverse, with participants from around the world, and the course aimed to help investors better understand what VC life is like in Silicon Valley.

McClure announced that this February another course will be held at Stanford University, and people can sign up on the 500 Startups website. Above: 500 Startups’ portfolio companies in its 13th batch singing “Let It Grow” at the conclusion of Demo Day on August 11, 2015