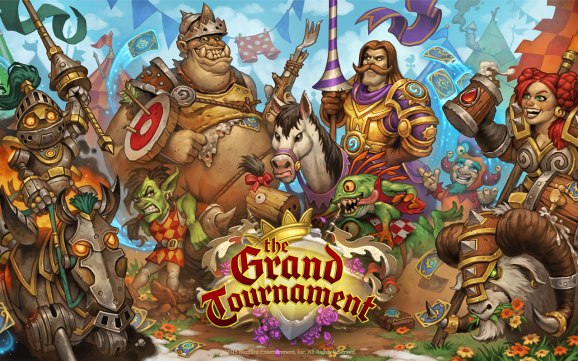 Boys, makes some room by the hearth … and bring out the money bags.

Blizzard’s digital card game, Hearthstone: Heroes of Warcraft, makes $20 million a month, according to research firm SuperData that now finds such games are their own business category. Not only does that make it the most successful digital card game (sorry, competition), but it actually makes more than multiplayer online battle arena (MOBA) Dota 2, which takes in $18 million a month as of March. Dota 2’s competitor and top MOBA, League of Legends, however, makes about $123 million a month as of January.

Hearthstone is free-to-play, so all of that money comes from players purchasing card packs, Arena runs, Adventures like Blackrock Mountain, or Hero portraits. SuperData noted that Hearthstone has about 8 million PC players a month, but mobile has more with 9 million (it’s available on iPad, iPhone, and Android).

Blizzard continues to support Hearthstone with new content, including The Grand Tournament expansion, which will add 132 new cards to the game.