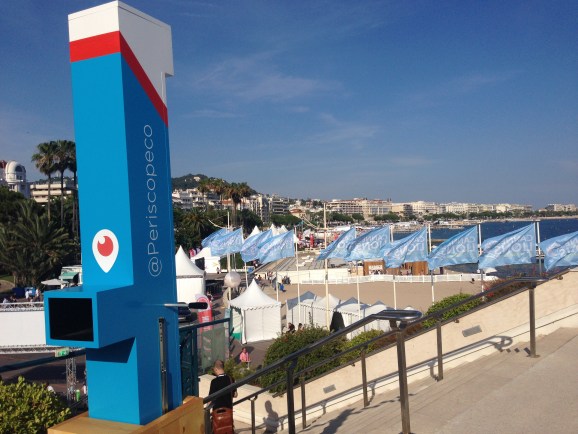 The Periscope team was in Cannes with a real Periscope that you could use with your smartphone to Periscope. Get it?

Young livestreaming app Periscope received nearly 1,400 copyright (DMCA) takedown requests during its first three months of existence, and Periscope owner Twitter has so far complied with 71 percent — or about 994 — of them.

At launch, Periscope quickly made a name for itself as a workaround to streaming high-profile, televised events, like the Pacquiao-Mayweather boxing match. Since then, even as Periscope’s launch hype subsides, the app remains a popular tool for streaming restricted material, including the Fox-Facebook GOP debate. As far as we can tell, Twitter finds this pretty entertaining — as do I.

Twitter has increasingly complied with Periscope DMCA takedowns, according to its own data. The company removed allegedly copyrighted material 53 percent of the time in April, 60 percent in May, and 79 percent in June (71 percent average). Overall, Periscope’s compliance rate is higher than Twitter’s and Vine’s.

Twitter released these details in tandem with its latest transparency report, in which the company saw the “largest increase” ever in government requests for account information during the first half of 2015.