The idea that data plays a role on sports teams isn’t new, and the number of teams relying on data and the level to which they are doing so both seem to be growing. Perhaps one of the most memorable stories (largely because it made it to the big screen) was the unlikely success of Billy Beane and the low-budget Oakland A’s.

Beyond that, a recent feature in The Atlantic noted that this year’s NBA Finals – the most watched “since the age of Michael Jordan” – came down to the Warriors and Cavs, “both of which are teams that have heavily incorporated data analysis into how they play the game.” And it’s not just pro leagues crunching numbers; earlier this month the University of Nebraska Athletic Department hired a Director of Sports Analytics and Data Analysis.

But the new age of analytics in sports is about more than an explosion of stats or a new management role; it will actually reshape longstanding norms around communication and coaching. To understand how, let’s first take a look at some examples of what data sports teams are actually collecting.

The below dashboard, for example, is used to analyze the performance of a specific player – in this cased New York Mets first basemen Ike Davis. With just a click or a hover, you could adjust the view and look at specific aspects of Davis’ 2011 performance vs. his performance in 2010. Similar dashboards can compare performance by month or against certain teams. 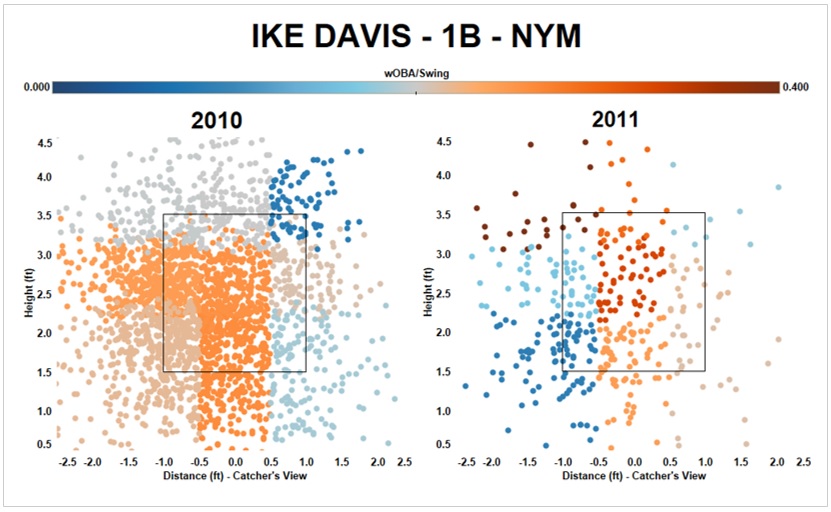 Of course, coaches have been comparing performance via common sporting stats for some time. Now, though, the levels of detail and accessibility have increased dramatically in recent years.

A similar story can be told for specific game events, as seen with the below dashboard, which is used by the Liverpool Football Club. This visualization is simple but wide-ranging: It correlates every conceivable action in a soccer game with winning or losing so coaches can see how each one affects the results of the game.

Coaches can look at actions as specific as “Left foot shots on target” and “Right foot blocked shots” and see if they were more likely to lead to winning or losing, which allows for specific changes in practice habits, player decision and more. 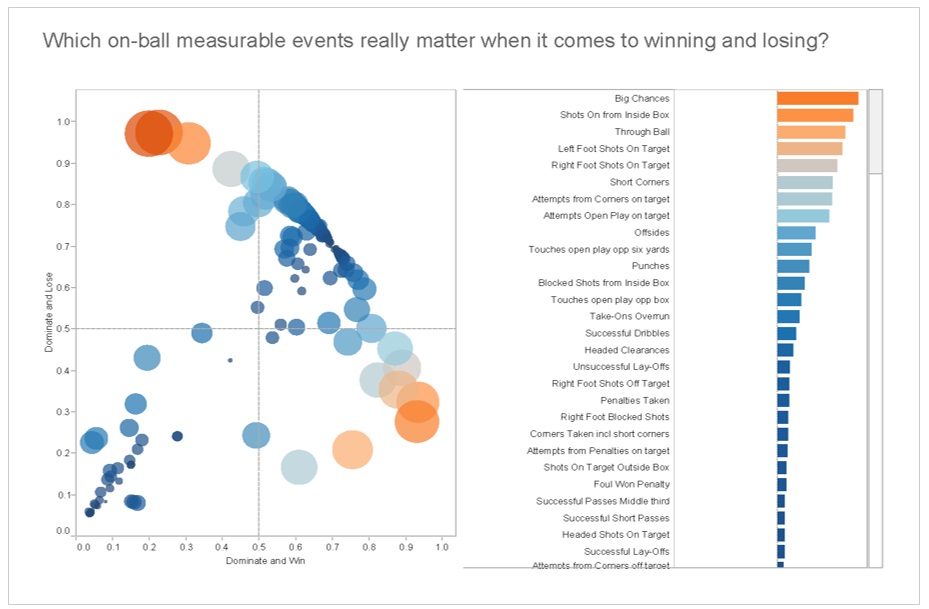 A third example of data-driven sports comes from the below NFL visualization, which looks at one of the toughest decisions in football: Whether to go for it, kick a field goal or punt on fourth down. Using the data and this dashboard, coaches can look at every factor — including field position, how often other teams go for it, a specific kicker’s success rate and more — and generate an expected point probability. 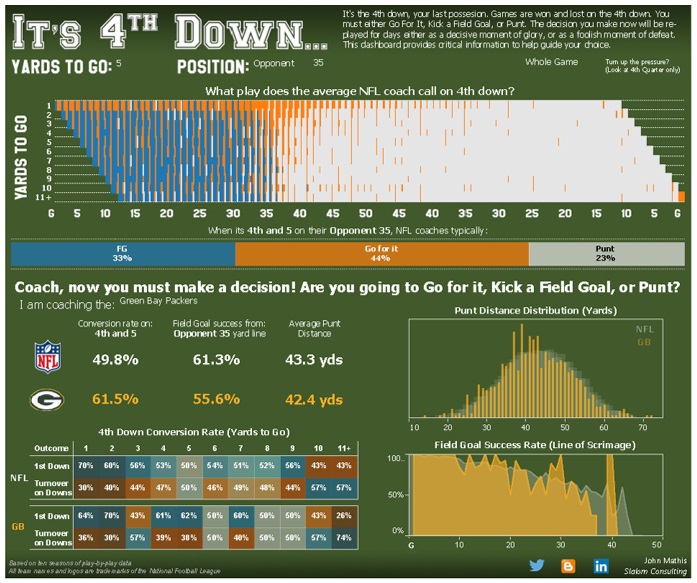 All three of these examples have one thing in common, which sums up the unexpected impact the data revolution is having on sports: Their applications can break down existing communication barriers between the “teams” that make up a team.

Historically, the athletes on the field are one unit, the coaching staff is another, and front office management is another. Even in the famous Moneyball example, the number-crunchers were notably separate from the players (who were, in a sense, the numbers being crunched).

The new age of analytics, though, makes communication about foreign and/or complicated concepts like math, stats and modeling accessible to the entire organization. One time this can be applied is during the negotiation process, as experts pointed out at last year’s MIT Sloan Sports Analytics Conference in Boston. The coach of the San Francisco 49ers, for example, noted that data can help both sides strengthen their argument when trying to reach a contract. And according to the commissioner of the National Basketball Association, analytics actually played a role in helping end the player lockout a few years back.

Even once contracts have been reached, though, data continues to play a tole. By having more data and helping players actually understand it, coaches can convince them to buy into certain strategies or workouts more than they would have previously when they were simply expected to take the coach’s word as gospel. Increased “buy-in” from the bench may not sound important, but it’s the kind of intangible than can make a huge difference down the stretch.

In either case, the biggest transformation in the world of sports isn’t simply the fact that there is so much more data available – it’s the fact that it’s breaking down barriers between groups that were historically distinct and sometimes struggled to communicate.