Mobile user acquisition costs are soaring. But how much is your competition spending?

According to our recent research, most mobile-first companies are trying to pay between $1 and $1.50 for users, but they are only getting quality users at multiples of those numbers. And more conventional companies that are adding mobile apps to their existing businesses are spending even more — easily $10 to $20 and higher.

The toughest question for mobile user acquisition specialists has always been: How much do I need to spend?

Possibly just a bit more than your competition — or a bit smarter. And for that, you need exact data. 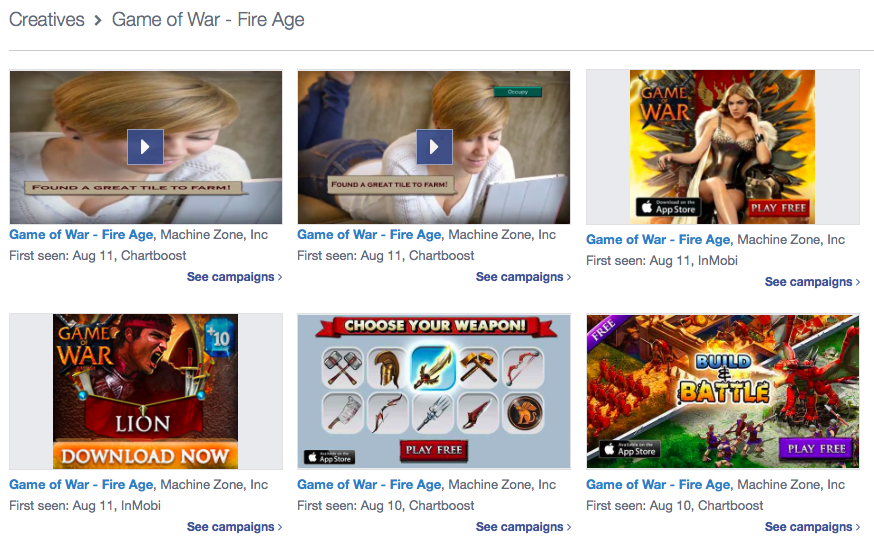 If you’re marketing a mobile strategy game, for instance, one of your competitors might be Machine Zone’s Game of War. A service launching this week will tell you that Machine Zone is currently spending somewhere around $12 per user with AdColony, InMobi, and Unity Ads, up to $20 per user with Vungle, and between $2 and $30 per user with Chartboost. It’s spending those big bucks on just under 3,000 apps with Vungle and almost 9,000 with Chartboost — but most of its volume is being run through Vungle.

Above: AppScotch tells you how confident it is that the stated CPI is correct

It’s not a easy job.

User acquisition costs are among the best-kept secrets at top mobile publishers, along with data like lifetime value and churn. The reason, of course, is that in those kinds of numbers, you can get clear insight into app publishers’ economics, profitability, and, ultimately, viability.

And those big publishers aren’t too happy about efforts like this.

So, how does AppScotch work?

“The big publishers are very private,” says Kazakov. “The small publishers are adding what they spend … their CPIs and volumes … and we’re using their data to make some extrapolations.”

In other words, it’s not a perfect science. But it is close, he says, and the company does spot checks on the data to dial in its numbers tighter and tighter. Small publishers participate because they then get access to the product, and can optimize their own ad buying — plus use the data to ensure they get the best deals.

I asked beta user Mark Braatz, who leads user acquisition for popular game developer Kixeye, exactly how accurate it is.

“I’d say directionally accurate, but there is more work to be done,” Braatz says. However, he adds, “I’m not looking for accuracy to the decimal point, but plus/minus 10-15 percent would be acceptable.” 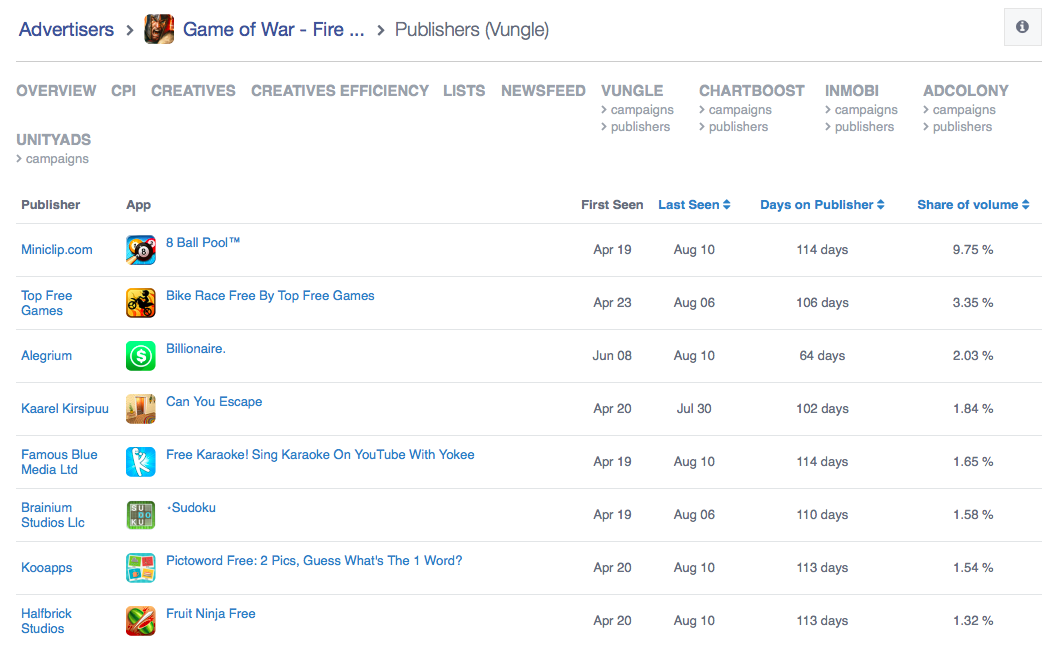 Above: A few of the places where Machine Zone is running Game of War ads

That’s in the range that Kazakov promises, and Kixeye uses the data to see how its competition is performing, Braatz told me, as well as provide insight into where those competitors allocate budgets and — crucially — where the install volume comes from. It also helps the game maker judge how competitive it is in terms of key performance indicators in its games.

AppScotch initially raised $1.5 million in seed funding from three funds, including Impulse and Game Insight to build a playable ad format. Seeing the significant lack of transparency in the user acquisition ad ecosystem, the company pivoted 11 months ago and relocated from Russia to San Francisco.

With all that variation, it’s hard to know where to put your dollars. Too often, the black art doesn’t resolve down to a science.

“It helped us understand the delivery/performance on a site ID level,” Braatz says. “For us, the most important thing is to identifying sources so we can assign the appropriate values.  Accurate pricing is the most effective way to unlock yield/scale.”

That, of course, is music to Kazakov’s ears. He’ll be launching his company this week, and hoping that other mobile publishers will be able to say similar things after trying the product.

“Our product is something you can use to figure out what is the market value of users … who is my competition? and who is out there,” Kazakov says.