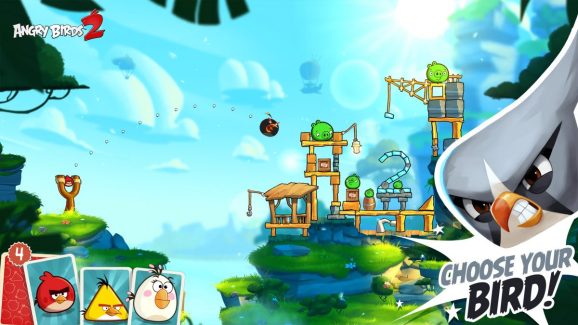 Angry Birds is a success story revolving around business partnerships.

Developer Rovio has stormed back onto the mobile app stores with a new Angry Birds (our review) and a new business model, but that doesn’t guarantee it millions in revenue even as it racks up millions of downloads.

Angry Birds 2 isn’t a money-making machine like some other top mobile games that have a similar number of downloads, according to market-intelligence firm SuperData Research. Yes, gamers have already downloaded the free-to-play app more than 20 million times, and that’s a strong first step. But those downloads have not converted into a critical mass of player spending. It isn’t among the top grossing apps on iOS or Android, where some games make as much as $1 billion every year as part of the $30 billion mobile gaming market.

“Despite initial optimism, free-to-play mobile game Angry Birds 2 is not yet a commercial triumph,” SuperData Research chief executive Joost van Dreunen wrote in a blog post. “So far, it is still outside of the top 30 highest-grossing games on either the iOS App Store or Google Play despite its stratospheric download numbers.”

This isn’t too surprising. It takes a while to build up an audience of paying players, and Angry Birds 2 could make that transition from download success to top-grossing success, but it isn’t a guarantee.

For now, Angry Birds 2 is the No. 60 highest grossing game in the United States on iPhone, according to mobile-tracking firm App Annie. And it is only in the top 10 in one nation, which is the relatively minor market of Kenya.

This game definitely seems like Rovio’s big play to get back to the top of the mobile publishing pile. Angry Birds is its premier property, and this is the first time that a core, bird-flinging entry in that series has used the free-to-play model.

Previously, Rovio relied on “premium” priced releases that would charge around $1 to $3 up front before people could download games like Angry Birds or Angry Birds: Star Wars. And that was a huge business for the company in the early days of smartphone gaming.

But as free-to-play has eaten away the market for pay-to-play games, Rovio has diversified its business to embrace licensing and merchandise. This includes a line of toys and clothing featuring its highly recognizable characters as well as an upcoming Hollywood film.

“However, as the mobile market has started to saturate, so too has Rovio started to see a decline in sales, ultimately resulting in having to lay off 110 late last year,” said van Dreunen. “The company’s dependence on a single franchise, and repeated failure to launch something of equal or greater value, continues to undermine its overall market position. Last year, the firm’s games revenue was up 16 percent year-over-year to $121 million, but despite its focus, earnings from consumer products fell 43 percent to $45 million.”

So a lot is riding on Angry Birds 2, and maybe it will deliver the revenues that Rovio needs, but it hasn’t up to this point.