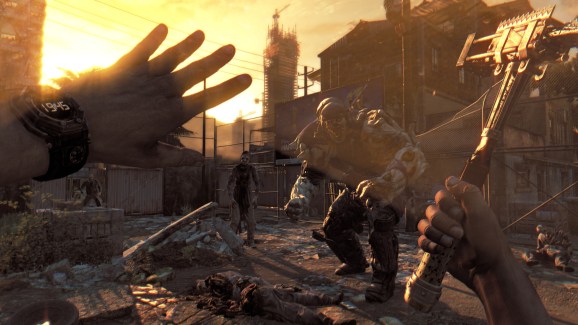 A great-looking and fun game.

The best-selling games of the year are usually sequels, but an original zombie property may break that trend in 2015.

Dying Light, the zombie-survival “parkour” game from developer Techland, has surpassed 5 million copies sold since its debut earlier this year, according to an interview with Videogamer.com. That’s a huge number — especially for a game that was not a previously established franchise. The studio is thrilled and still a bit stunned that it has made something with so much appeal. Likewise, Dying Light’s publisher, Warner Bros. Interactive Entertainment, is also in a surprising situation, as the success of this zombie game has the company ahead of its competition as the top publisher of the year so far in terms of sales.

“I think even we are a little surprised by the scope of our success,” Dying Light producer Tymon Smektala said in an interview with Videogamer.com. “We knew that Dying Light is a good game. We knew it [was] going to be successful, but that successful?”

Smektala noted that the game is among the 10 best-selling games in the U.S. through the first half of the year. That might not hold once sure megahits like Fallout 4 and Call of Duty: Black Ops III go on sale, but it’s still impressive for a wholly new franchise.

For now, Techland is focusing on maintaining the game’s momentum with its community by continuing development of Dying Light. The studio is working on a major expansion for later this year called The Following that will add a single-player campaign that will take at least 10 hours to complete for $15.

One of the big new features in The Following is driveable vehicles. Cars, trucks, and busses littered the streets in the original Dying Light campaign, but you couldn’t take control of them. That is changing, and Techland is also opening up the world to give you space to enjoy riding around in the automobiles.

“But drivable vehicles are only one of many new features we’re preparing for The Following,” said Smektala. “We’re calling it an expansion pack, and we take it seriously. So you can expect it to be jam-packed with new quests, mechanics, abilities, weapons, and challenges.”

And we’ll see if the fans that have made Dying Light such a massive hit will respond to these new features.