The Edge Plus has a 5.7-inch display, which pushes it over into “phablet” territory, especially compared to the 5.1-inch display on the original S6 Edge. (See our full review of the S6 Edge here.) The Edge Plus has the same screen size as the new Galaxy Note 5, also announced today. 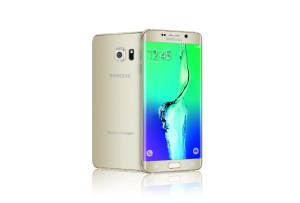 Samsung says the new Edge Plus is one of two phones that are first to market with LTE Cat. 9 technology, which raises the ceiling for wireless connection speeds (individual results may vary). The new S6 Edge Plus also ships with Samsung Pay, which supports both contactless NFC payments and magnetic secure transmission (MST) payments.

The new phone is the followup to the original Galaxy S6 Edge, which was unveiled in February at Mobile World Congress. The phone gets its name from the curved edges of the display. 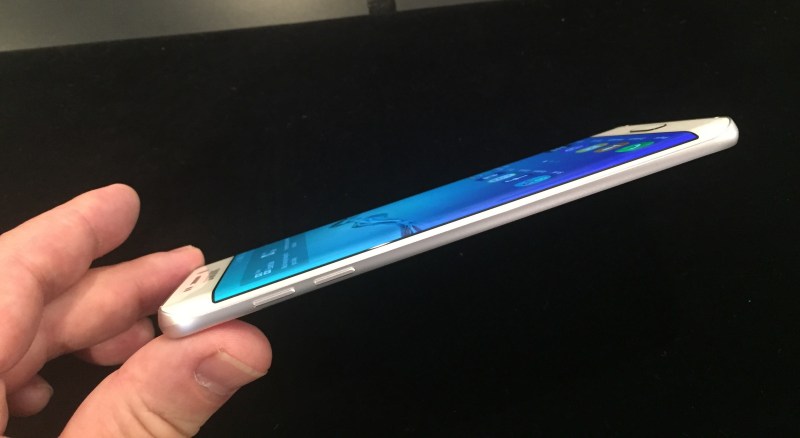 Those curves look pretty much the same physically as those on its predecessor, but the user interface takes better advantage of them in the larger Edge Plus phone.

In the original Edge you could display status information, like time and date, along the curve on the side of the screen. The new phone has that too, along with Edge + Quick Access, a vertical carousel-like display of your most commonly used contacts or apps.

The user can control which apps and contacts are displayed on the edge. Using the “edge handler,” the user can grab the Quick Access social or app links and move them anywhere else on the interface.

The Edge Plus ships with 4 gigabytes of RAM, the most memory of any Samsung phone before it. This could help the phone stay fast and responsive as users open multiple apps.

Both the S6 Edge Plus and the new Galaxy Note 5 (also announced today) ship with Samsung’s wireless charging technology, which Samsung says is compatible with virtually any wireless charging pad available today.

Samsung says the Edge Plus can use the baked-in wireless charging to go from empty to full in two hours.

Samsung said at a briefing on the new products that it is working on “staying ahead of the curve” when it comes to the things consumers want in a smartphone. 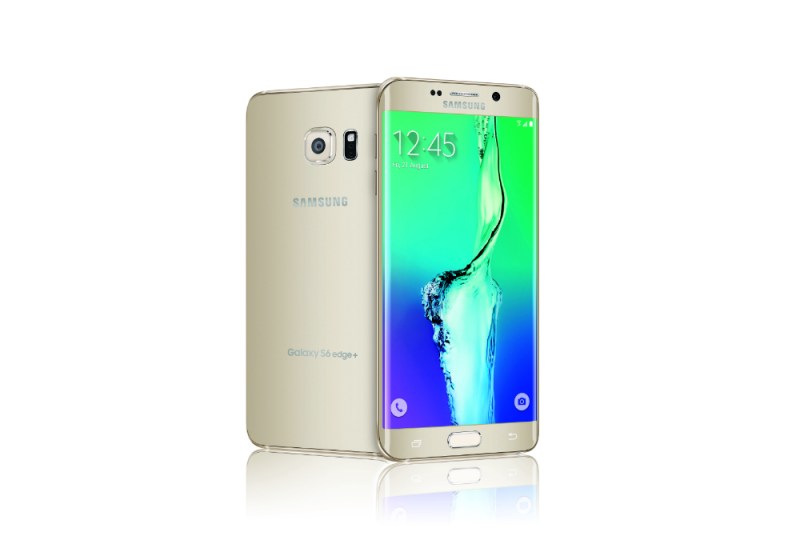 In the U.S., the Galaxy S6 Edge Plus will be available in Black Sapphire and Gold Platinum in 32GB and 64GB memory options.  AT&T, Sprint, T-Mobile, U.S. Cellular and Verizon Wireless will all carry the device. Prices for the S6 Edge Plus will differ based on carrier, but you can expect to pay roughly $800 for the 32GB version through a contract or installment plan. The 64GB version costs a tad more, with prices falling between $860-$920 depending on your service provider.

The Plus will also be available through Best Buy, Amazon.com, BestBuy.com, Costco Wholesale, Sam’s Club, Target, and some Walmart stores.