Samsung teased its new round smartwatch, the Samsung Gear S2, at its press event in New York today, saying it would trot out the new device at IFA in Berlin early next month.

The watch, until now, had been known as the Samsung Gear A. The new watch will probably not run on Android Wear, but rather run Samsung’s own Tizen operating system. 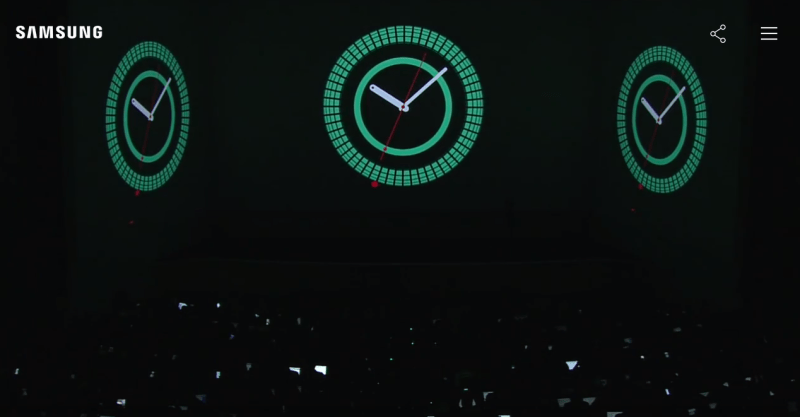 Above: Samsung teases the new S2 smartwatch at a press event in New York Thursday morning.

The time is nigh for smartwatch makers to come up with some kind of answer to the Apple Watch.

Samsung unveiled the new Galaxy Note 5 phablet and the plus-sized Galaxy S6 Edge Plus at the press event Thursday.