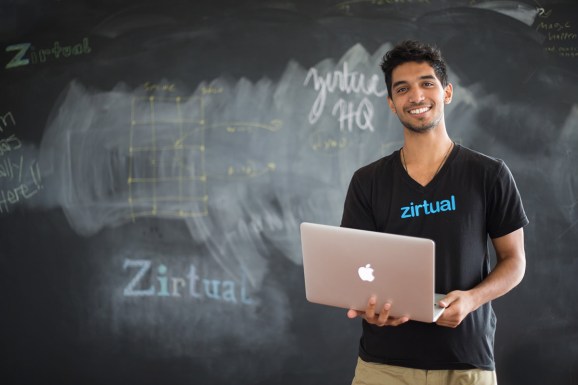 Earlier this week, virtual assistant service provider Zirtual announced rather abruptly that it was shutting its doors, but then quickly reversed itself and stated that it had been acquired by Startups.co.

You’d think that all of its problems would have gone away, but you’d be wrong. A class-action lawsuit has been filed against Zirtual claiming that it violated U.S. federal law through unannounced layoffs associated with this transition. The case is pending in U.S. District Court in Delaware, where Zirtual is incorporated.

First noticed by the Las Vegas Sun, the lawsuit was brought forth by Felice Martin, a Zirtual employee who, along with 400 of her colleagues, found herself out of a job “on or about” August 10. She’s the lead plaintiff in this class-action case. Company chief executive Maren Kate Donovan has said that she had waited until the last-minute to give notifications because she’d hoped it would be possible to properly capitalize the company. However that apparently didn’t end up being the case.

It’s the suddenness of the termination that has Zirtual facing a lawsuit now. It’s alleged that Zirtual failed to give 60 days advance written notice of termination to its employees, as required by the Worker Adjustment and Retraining Notification Act (WARN). All the plaintiffs are seeking to recover the value of 60 days wages and benefits.

Exactly how much is being sought will depend on the employees’ individual circumstances. “We do not have the payroll data for the 400+ employees, but we expect to receive it from Zirtual through discovery,” said Rene Roupinian, a lawyer for Outten & Golden, the firm representing the plaintiffs.

The WARN Act was passed on August 4, 1988 and is a legal requirement under the U.S. Department of Labor that protects workers, families, and communities. Employers who opt to shut down plants and enact mass layoffs must provide notice 60 days in advance. For reference, here’s the part of the WARN Act that describes mass layoffs:

A covered employer must give notice if there is to be a mass layoff which does not result from a plant closing, but which will result in an employment loss at the employment site during any 30-day period for 500 or more employees, or for 50-499 employees if they make up at least 33% of the employer’s active workforce. Again, this does not count employees who have worked less than 6 months in the last 12 months or employees who work an average of less than 20 hours a week for that employer. These latter groups, however, are entitled to notice (discussed later).

Reports have surfaced that paint a picture of how the layoffs have seemingly affected the employees. Business Insider has spoken with former employees who disclosed they were paid through August 7 and that Zirtual had already stopped paying for benefits in July “even though it charged employees for this month. Insurance coverage had stopped July 31.”

Donovan declined to comment for this story. We’ve also reached out to Startups.co’s chief executive Wil Schroter for comment and will update if we hear back.

Here is the filing of the lawsuit against between Martin et al vs Zirtual: