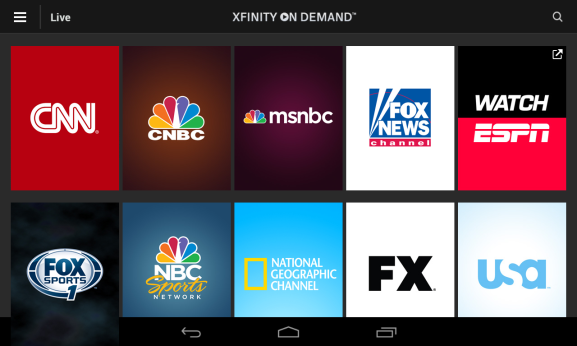 The service is called “Watchable,” Business Insider reports, but that name could change before launch time.

Comcast, the report states, is partnering with major digital publishers like Comcast-backed Vox and Buzzfeed, along with lifestyle and comedy sites like AwesomenessTV, Refinery29 and The Onion. News sites like Mic and Vice, and some larger brands like NBC Sports, may also participate.

For online video publishers the new platform may represent an opportunity to get in front of TV audiences, the report says.

The publishers “have agreed to upload all unlicensed, original video content to Watchable,” the BI report says, for users to stream on demand. All that video will be curated and bundled by Comcast for Xfinity X1 set-top box owners. The content may eventually be delivered to mobile devices via iOS and Android apps.

Comcast is already the biggest video advertiser in the U.S., and does not want to be left behind as more and more video is delivered online. Presently, YouTube and Facebook are both winning increasing amounts of video ad spend away from Comcast.