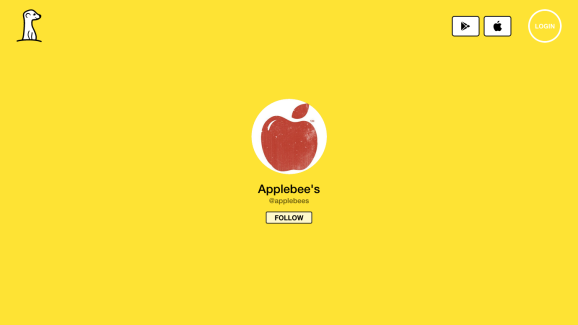 Overnight, live-streaming app Meerkat became the “it” thing in app-happy San Francisco this spring. Everybody seemed to be doing it.

Suddenly, Twitter acquired Periscope in mid-March and shortly afterward cut off Meerkat’s access to the Twitter social graph. Then at the end of March, Meerkat announced that Greylock Partners, known for backing social media companies, was putting money behind the startup.

I figured that Meerkat, which said in May that it had 2 million users, had done a lot to engineer such excitement. So I called up Meerkat cofounder and chief executive Ben Rubin to ask him what sorts of growth hacking techniques the startup had engaged in.

It was a little shocking, considering that Meerkat and Periscope have the potential to become the next big social media marketing tools, right alongside Facebook and Twitter.

In fact, I’ll be talking about that with Rubin at VentureBeat’s GrowthBeat conference on Monday and Tuesday here in San Francisco. (You can find last-minute tickets here.)

But if you look into the matter, you’ll see that Rubin isn’t exaggerating.

The startup hasn’t deployed complicated Hadoop clusters to get insights out of big data, or deployed sophisticated mobile analytics tools, or even shelled out money for ads.

Instead, Meerkat’s sudden success is a result of first-hand experience and a teensy-weensy bit of promotion.

Rubin and his team learned what wouldn’t work in a livestream app after they’d launched Yevvo in 2013. So for Meerkat, they did things differently. No horizontal video. No confusing “flashbacks.”

They put together six experimental apps and ended up ditching all of them but Meerkat.

The team emailed journalists whom they thought would like the app.

And they posted Meerkat on Product Hunt, that daily roundup and discussion board for new products.

Rubin and his colleagues asked their friends to check out Meerkat there and upvote it if they felt like it.

Product Hunt founder Ryan Hoover played with it. In his first stream, hae recorded himself buying coffee from Philz and heading to his office at 6:22 in the morning.

A few articles came out, on The Next Web, TechCrunch, Business Insider, and other sites.

It took me a few weeks, but I finally got around to dropping in on people’s Meerkat streams. I found myself fascinated in a weird-but-good way.

Media outlets like E! News, Mashable, and the Weather Channel have also been using Meerkat.

Which just goes to show that sometimes you can keep it simple in the marketing department if your product is good enough.