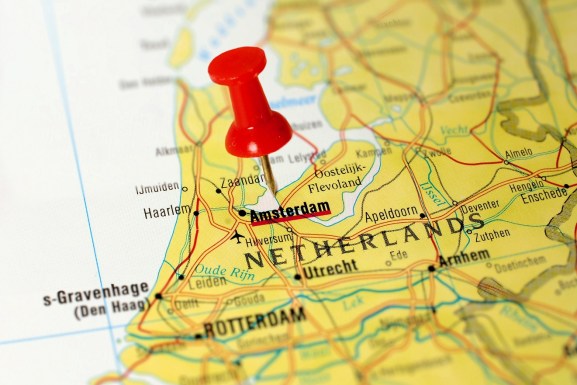 Back in 2013, I was one of nine entrepreneurs who contributed to the European Startup Manifesto. With Dutch politician Neelie Kroes at the helm, Niklas Zennström (Skype, Kazaa), Daniel Ek (Spotify), myself, and six others tried to boil down the solution to Europe’s startup problems into a simple, 22-point action plan for managing and powering growth across the continent. Our action plan includes directives to help startups stretch across borders, make it easier for them to hire and fire, increase venture capital investments, and keep our best entrepreneurial brains from being lured overseas.

Two years later, 8,246 people have signed the manifesto, but – despite the positive response – we’re no closer to the answer. For all of our good intentions, we’re still lacking a proper network of knowledge, a well-connected ecosystem, and accessible entry points for upcoming talent. Big things are happening in Europe, but anyone claiming to eclipse the San Francisco Bay Area anytime soon needs to put on their glasses or replace the battery in their hearing aid. We simply don’t have a Mecca to move to when we have an IPO-worthy idea.

Therein lies the problem. For Europeans, we’re still facing west and praying that we’ll one day reach the holy land of Silicon Valley. We need our own city to covet and place at the center of the universe. We need a location for the whole of Europe to rally around and build into the sort of tech community that can attract the talent and investment that for decades has made Silicon Valley relocations a no-brainer.

For those of you familiar with The Next Web – the company I founded in 2006, starting life as an Amsterdam-based tech conference – there will be no surprises about my city of choice. But first, let’s take a quick look at the competition.

Compass recently released its annual Global Startup Ecosystem Ranking for 2015. Four European cities made the cut: Amsterdam is enjoying its first appearance in the top 20 at number 19, Paris achieved an impressive 11th place, Berlin came in at an admirable 9th, and London remains the uncontested European heavy-hitter, at number 6.

Despite its impressive ranking, London is the least appropriate city of the bunch for a European Mecca a la Silicon Valley.

Making the U.K., in its current climate, the home of European startups would be a complete contradiction to the goal of this hypothetical project. I’m not referring to the country’s decision to reject the adoption of the Euro, or even its opt-out of the Schengen scheme. I’m talking about the very real issue of its in/out EU referendum, currently pencilled for June 2016.

As the Netherlands’ Kroes has argued time and time again, a successful future for European startups will rely on a digital single market. She recently reiterated this in an interview with Forbes at The Next Web Conference: “This is a fact of life, not a ‘yes’ or ‘no’ thing – it’s a mindset you find in tech startups. They don’t think in terms of borders.”

While I think the U.K.’s current obsession with borders makes its position leading such a project untenable, I do understand that the country offers something not many other European hubs can – English. In order to build a startup center that can attract international talent, operate as a community, and do effective international business, you need a shared language. And for the foreseeable future, it still makes sense for that language to be English.

Above: Image courtesy of StartupDelta.

This uniform ability across the Dutch nation to speak English does not come with a sacrifice of diversity, either. Amsterdam bills itself as the most international city in the world, home to more than 180 nationalities. This in itself makes it the perfect place to deal with all of Europe’s – or even the world’s – cultural and linguistic intricacies: You’ll have no difficulty recruiting for and rolling out your localization process for world domination, or attracting talent from elsewhere. Couple this with Europe’s best airport for transport links and a favorable tax climate (Bloomberg recently named the Netherlands the best place in the western world to do business for this very reason), and you start to understand why the likes of Optimizely, Uber, Netflix, Tesla, and Shutterstock have all decided to base their European Headquarters in the Dutch capital.

And let’s not forget, all of this exists in a city with a population of fewer than 800,000 inhabiting a space that you can cross in less than 25 minutes by bike.

The ‘localness’ that this provides is the perfect foundation for building out a cohesive startup community, something that has already been taking shape over the last decade. Get-togethers such as OpenCoffee, Hackers/Founders, Silicon Drinkabout, Product Hunt Meetups, and The Startup Keg ensure that both knowledge and networks are shared over a drink, whilst larger scale events such as Startup Weekend and The Next Web Conference bring the entire tech community together in one place to learn and do business.

Both Startup Amsterdam, the capital’s startup initiative, and StartupDelta – a stroke of genius from Neelie Kroes to unify all of the Netherlands’ tech hubs under one banner – have rolled out a commitment to support efforts to kickstart the startup community next year. As a result, we’ve recently pledged to replace our annual conference with a week-long tech and startup festival accommodating 20,000 people; Startup Amsterdam and StartupDelta have responded by offering to help host a further 150+ side events throughout the city in the same week, in order to really show the world what Amsterdam is about.

If you leave the party convinced and want to make the permanent pilgrimage to Europe’s West Coast, you’re now able to pick up a Startup Visa – another stroke of genius from Neelie and the Dutch government – which streamlines and fast-tracks your application for residency in the country. Like all entrepreneurial opportunities, all you need is a great idea.

Boris Veldhuijzen van Zanten is CEO and cofounder of The Next Web.