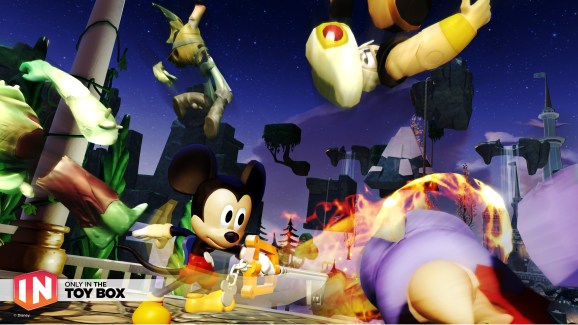 ANAHEIM, Calif. — Disney Infinity fans will have something else to look forward to besides Star Wars, Marvel, and Inside Out content this fall.

At a presentation at the D23 Expo fan convention, publisher Disney Interactive revealed that Disney Infinity characters will be able to use the keyblade weapon from the Kingdom Hearts role-playing series. It’s the “ultimate unlock” for Disney Infinity 3.0. Players will also be able to dress up Mickey Mouse in his King Mickey Kingdom Hearts outfit using a special power-disc accessory available only at this week’s D23 Expo.

Earlier in the presentation, Disney talked about a new playset for 3.0 focusing on Marvel superheroes and villains. In Marvel Battlegrounds (coming spring 2016), players can take their existing Marvel toys from last year’s Disney Infinity 2.0 and drop them in Battlegrounds’ new story-based levels. It’ll be the first playset to have local four-player cooperative multiplayer. 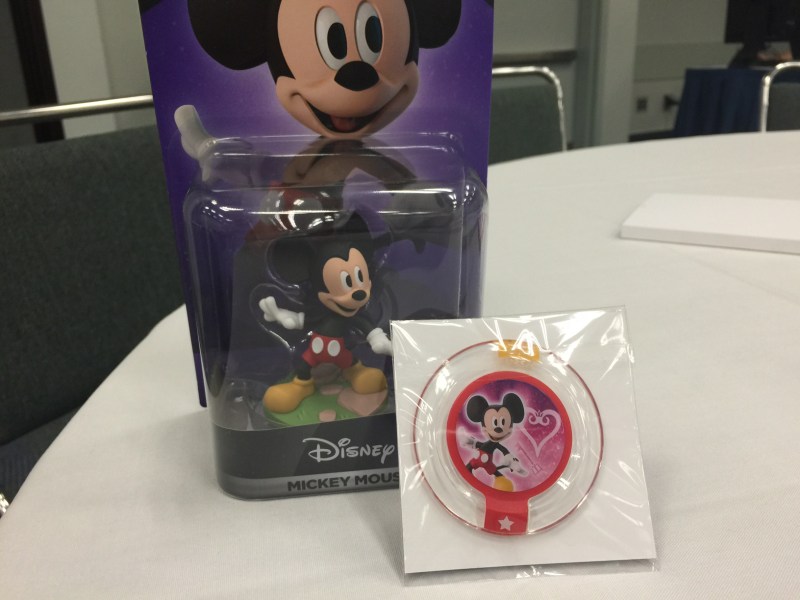 Above: Attendees from the video game panel received Mickey Mouse and his King Mickey outfit.

Disney also announced a slate of new figurines, including Finn and Rey from Star Wars: The Force Awakens. The actors from the film reprised their roles for the game. Other toys heading to 3.0 are Peter Pan (it’ll release one year from now), Spot (from the upcoming Pixar film The Good Dinosaur), and Judy and Nick from Disney’s 2016 animated feature Zootopia. Special Star Wars toys for collectors called LightFX Figures will have lightsabers that, well, light up.

Disney Infinity 3.0 (releasing on August 30 for various consoles) is Avalanche Software’s latest stab at grabbing a piece of the lucrative “toys to life” market. Activision kicked off the genre when it launched Skylanders: Spyro’s Adventure four years ago. The space has become quite crowded since then, especially now that Nintendo (with its Amiibo figurines) and Warner Bros. (with the upcoming Lego Dimensions) are in the mix.