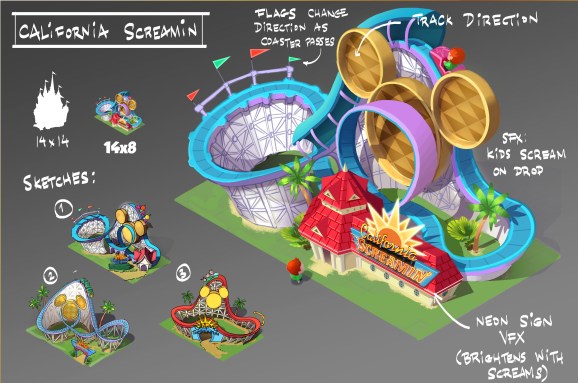 ANAHEIM, Calif. — Soon, you’ll be able to create your own Disney theme park on your phone.

At the biennial D23 Expo fan convention, Disney Interactive revealed that it’s partnering with Gameloft to bring Disney Magic Kingdoms to iOS, Android, and Windows mobile devices. During a presentation, Disney said that mobile phones are “perfect” places for fans of its Disneyland and Disney World theme parks to have a fun experience.

The game shows that Disney is still prioritizing mobile titles as a way to reach broader game audiences.

In a trailer for the game, Mickey Mouse ran around a digital recreation of the Magic Kingdom. Disney Magic Kingdoms will allow you to build the Disney park “of your dreams.” It’ll include existing locations like Tomorrowland.

A story with Disney’s iconic villains (Maleficent showed up in the video) unfolds as players build their theme park.