The biggest problem with disrupting an industry is that you start an earthquake. And the after-shocks can bring you down as well.

That was the subtext to the three opening onstage chats at VentureBeat’s GrowthBeat 2015 conference, which began today in San Francisco. Appropriately enough, a moderate, early morning earthquake preceded the opening of the conference.

Live streaming service Meerkat knows a lot about generating — and experiencing — foundational shifts. It upset the apple cart with live video streaming that was initially made popular through Twitter. Then it was challenged itself when it got booted from Twitter and that social network bought competitor Periscope.

Meerkat is now trying its hand at being its own, streaming video-oriented social network. But the jury is still out on its success. In the onstage chat, for instance, CEO Ben Rubin declined to tell VentureBeat’s Jordan Novet how many subscribers his company has beyond the two million announced in May.

Live streaming is new enough that Meerkat is still discovering how it can be employed by users and by brands. It can be a “lean-back [experience] like a theater,” Rubin said, “or it can be a house party” with friends.

Brands’ desire for authenticity, he said, can take the form of a mobile live streaming station like the Weather Channel’s, or can be like Discovery Channel’s Shark Week, where live streams were assembled around a hashtag.

At the moment, Rubin said, the “number one priority [is] to grow it so everyone can feel they can have this house party” if they want to.

But not every company has the inclination to continually rediscover its identity. Large legacy companies, for instance. 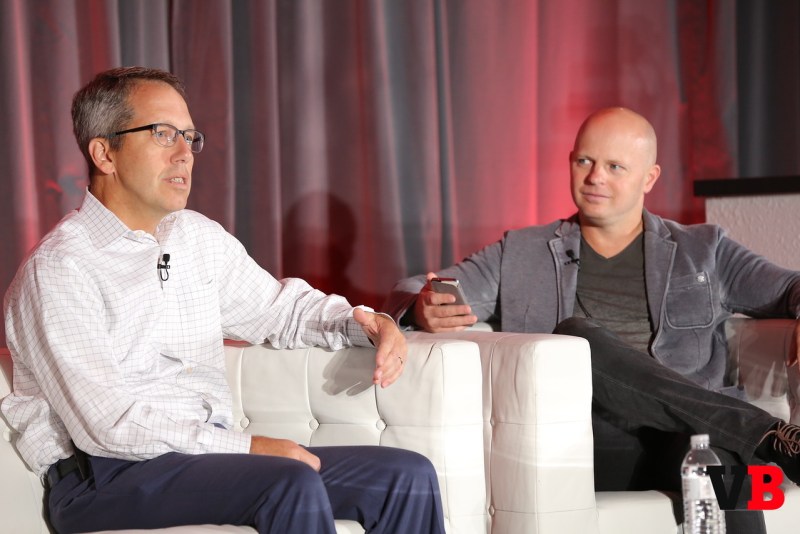 But that’s maps. Williams noted that it’s “really difficult” for an existing lender to offer the kind of low rates his online company can. Lending Club specializes in connecting borrowers and lenders to provide better interest and other terms than, say, those offered by credit cards.

To disrupt a space, Williams pointed out, the available technology and other resources need to offer advantages such as being cheaper, offering something different, and/or creating a new business model that works to customers’ advantages.

Many large companies, of course, are blind to new approaches. And, even when they are aware of the options, the risk of changing course often appears to be too great.

Williams pointed out that there are exceptions in the financial space, citing companies such as Charles Schwab. That venerable investment company, he noted, disrupted itself to offer free investment advice, so as to counter the growth of startups like Wealthfront and Betterment.

But innovation doesn’t need to use innovative approaches across the board, Williams said. He pointed out that half of Lending Club’s customers come in through direct snail-mail.

“Just because we’re online doesn’t mean we have to do everything online,” he told the audience.

In marketing tech, Williams said that the most disruptive thing going on is “fractional attribution.” This is when a marketer attempts to attribute a sale to some or all of the traceable events that took place before the last click on an ad.

For Julie Bornstein, chief operating officer at Stitch Fix, one of the most disruptive events behind the personalization of retailing has taken place in the mind of the customer.

“The consumer mindset has shifted,” she said. There’s a new “expectation of how they’d like to be served.” 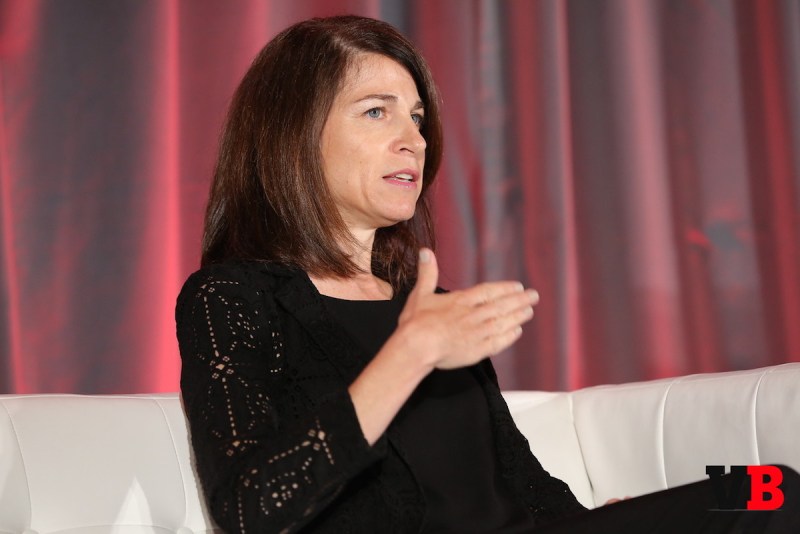 Stitch Fix is revamping the idea of personal shopping. Women fill out a profile, and then receive a box of new — and hopefully appropriate — clothing sent to their door. They return what they don’t want to keep.

The very personal smartphone, of course, has paved the way for this expectation that services will be tailored to you. But the radical mass-personalization that companies are now employing to keep their businesses current, she said, comes with a few rules.

Bornstein, the ex-CMO of Sephora, said that Stitch Fix believes personalization should offer discovery. That means getting something sent to you that “you wouldn’t have chosen for yourself,” but that works.

What you don’t want to do, she pointed, is send irrelevant personalization. Instagram, she said by way of example, sent her so-called personalized communications that were wide of the mark, and ended up being a “huge turnoff.”

It’s “better to do personalization implicitly than explicitly,” she said. It’s also “much more effective to categorize and target groups than do one-to-one,” she said, as true one-to-one requires a level of info that is very hard to get.

But, when it works, it’s hard to imagine that disruption has any road left once a user feels that the business is tailored just for her.