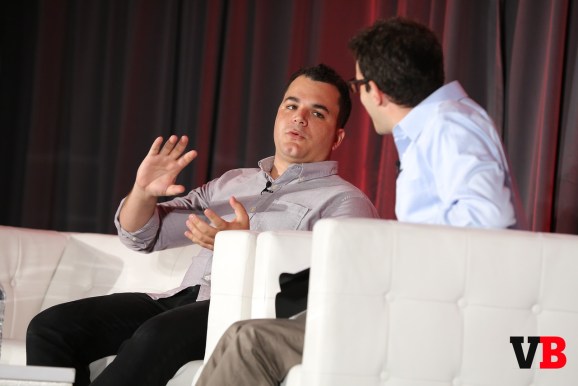 Mobile livestreaming startup Meerkat has seen the amount of time its users spend with the service double every month since launch, the company’s CEO Ben Rubin revealed today.

Meerkat’s new engagement stat, shared onstage by Rubin at VentureBeat’s GrowthBeat event, offers only a little insight into the app’s popularity. While the number of people coming back to create content on Meerkat is “constantly increasing,” according to Rubin, Meerkat’s engagement lift doesn’t necessarily suggest that the number of people who use the app regularly is growing. It could mean a small number of engaged users are just putting in more time.

Meerkat reached peak popularity in March, but has operated in the shadow of Twitter’s Periscope ever since — according to App Annie, Homescreen, Topsy, and Google Trends data. Everywhere we look, Periscope appears significantly more popular, and interest in Meerkat seems to have slumped.

On App Annie, Meerkat’s download rank slipped outside the top 1500 apps in the U.S. App Store in May and hasn’t returned since. According to Twitter analytics site Topsy, Meerkat was mentioned on Twitter 37,226 times in the last 30 days. Over the same time period in March, Meerkat saw more than 206,000 mentions.

This third-party data is imperfect; we’d prefer access to Meerkat’s internal metrics, but Rubin declined to share. Last we heard, Meerkat hit 2 million registered users in May. By comparison, Periscope disclosed last week that it surpassed 10 million registered users, roughly 2 million of whom use the app daily. Meerkat has never disclosed its number of daily or monthly active users — the method used by most major social apps to measure popularity.

Neither app has taken the world by storm — arguably no livestreaming app has, despite interest from YouTube, Facebook, and a multitude of others (ignoring Twitch). Until Meerkating or Periscoping goes mainstream (if either ever does), it’s probably too early to declare winners and losers; but Meerkat’s popularity appears to have stagnated, or even declined, since it was swept up in the hype cycle five months ago.