Mozilla has officially launched its Android Webmaker app, two months after it first rolled out in beta.

First launched as a web-based program more than three years ago, Webmaker is all about promoting the building blocks that go into making the Web what it is. As such, the Android app is designed to make it easy for anyone to create content that is accessible on any device with a browser.

At launch, the app is available in English, Indonesian, Bengali, and Brazilian Portuguese — and this is indicative of who Mozilla is targeting with the open-source app. The organization is hoping to encourage more localized web content, particularly in emerging markets. 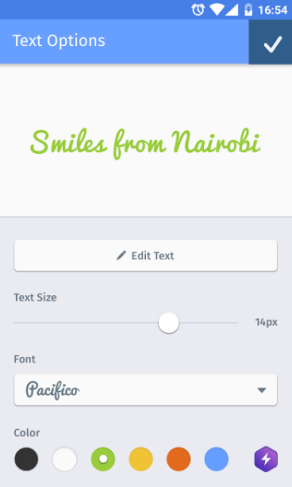 “We built Webmaker after extensive research around the world, and it’s informed by hundreds of volunteers,” explained David Ascher, VP of product at the Mozilla Foundation, in a blog post. “Webmaker belongs as much to these communities as it does Mozilla.”

The core raison d’être of the Webmaker mobile app is simplicity — it hopes users will create anything from “scrapbooks and art portfolios to games and memes.” So this isn’t about creating feature-rich apps or anything, it’s more about creating content with text, images, and links that works well on the Web — content that anyone can contribute to, and that isn’t “read-only.”

Though much remains the same in the full, final version of Webmaker on Android, Mozilla said it has improved the performance and user experience, while shared projects can now be viewed on any platform. Additionally, content will now be surfaced based on a user’s location.

Mozilla previously revealed that a version for iOS would be available, and a prototype does exist — though no word yet on when that will be made available.