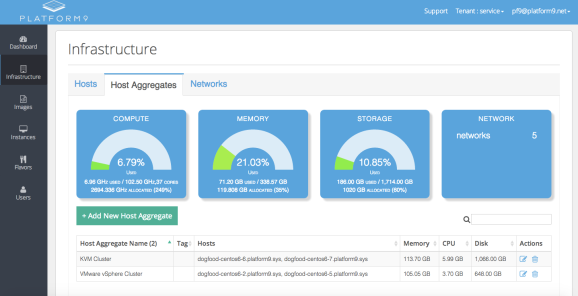 Platform9, a startup that offers a cloud-based service for running the most up-to-date version of the OpenStack open-source cloud software to be deployed in companies’ on-premises data centers, announced today a $10 million funding round.

The startup is also announcing today the general availability of support for OpenStack deployments in data centers that are using the VMware vSphere virtualization software.

The startup’s architecture is a bit unusual — typically, companies have offered either OpenStack distributions that companies can install in their data centers or hosted versions of OpenStack for companies’ workloads. This could prove to be a strength for Platform9.

But beyond that, the momentum around OpenStack to date, in the form of product launches, corporate commitments, and startup acquisitions, is enough to suggest that Platform9 should find a fascinating future for itself in the months and years ahead. Further business growth might well lead to an exit.

Meanwhile companies continue to rally around the OpenStack Foundation, which was established in 2012. Google became a sponsor last month.

Platform9 started in 2013 and is based in Sunnyvale, Calif. To date the startup has raised $14.5 million.

A statement has more on the news.