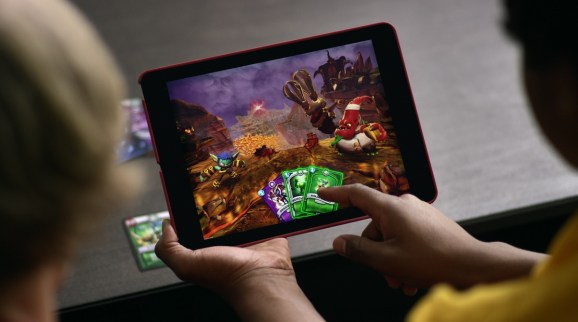 The new title coming in 2016 takes the popular “toys-to-life” game franchise onto the popular mobile-game platform of card battlers. It shows that the Activision division of Activision Blizzard is still committed to cracking the challenge of making a popular and profitable mobile game — especially since one of publisher’s other digital card games, Hearthstone: Heroes of Warcraft, has helped establish a new $1.2 billion category.

Skylanders has sold more than 250 million action figures and generated $3 billion in toy and video game revenues since 2011, but the mobile versions of the franchise rarely show up in the top-grossing lists for mobile games. The newest game appears to be the latest attempt to correct that as Activision says it is its biggest investment to date in mobile.

Activision is approaching the card-battle genre with an interesting twist. It is selling physical cards with Skylanders heroes on them. You open your mobile Skylanders Battlecast app, and then you use your tablet or smartphone camera to view the physical card on a table. Then you see animations associated with the card’s character appear on the screen of the tablet or smartphone. In a two-player game, an animated character can attack another, and you see the animated battle take place on the mobile screen. 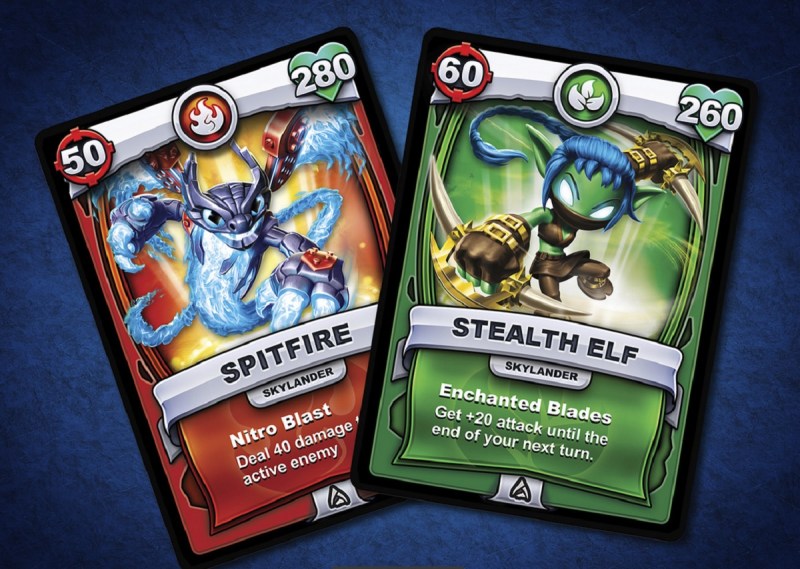 The Skylanders Battlecast story is a new adventure set within the Skylanders universe. It features collectibles, strategic card combat, online player-versus-player combat, and a single-player campaign. Players create a team of their favorite heroes and try to assemble the ultimate deck.

“Built from the ground up to bring Skylanders to life on mobile devices, Skylanders Battlecast combines physical card play with mobile gaming in an all-new way,” says Eric Hirshberg, the CEO of Activision Publishing, in a statement.  “This is our biggest investment, and one of our most magical ideas yet, for the Skylanders franchise on mobile.”

For Skylanders Battlecast, players can purchase physical card packs at retail, as well as digital card packs in-game. Players will experience a “magic moment” by scanning cards with their mobile devices and watching them come to life. Additionally, fans can scan two character cards to create animated duels in which players can physically interact with the characters.

“We are bringing physical cards to life in an exciting new way. Activision has assembled a team of experts across video game design, physical card game design, pro card players, and top card artists to develop an amazing new experience,” says Josh Taub, the senior vice president of product management at Activision Publishing, in a statement. “With Skylanders Battlecast, fans can expect the amazing creativity, innovation and fun that Skylanders games are known for delivering.”

The Skylanders Battlecast game will be available on iOS, Google Play, and the Amazon Appstore. Meanwhile, on September 20, Activision is launching Skylanders SuperChargers in North America on PlayStation 4, Xbox One, Wii U, Nintendo 3DS, PlayStation 3, Xbox 360, Wii, and iOS. 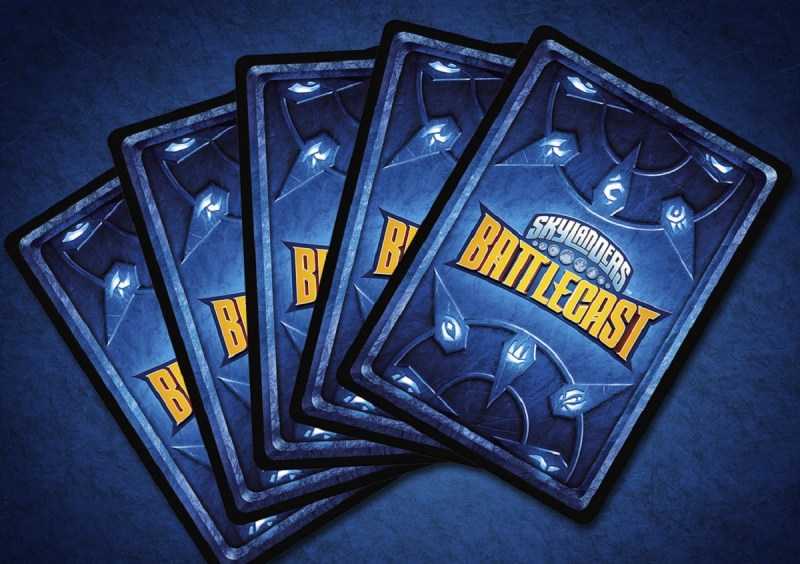