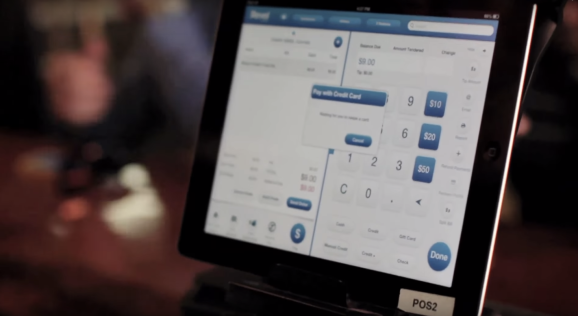 Revel Systems isn’t done raising money for its latest investment round. The company announced that approximately $13.5 million has been raised from Roth Capital Partners for its iPad point-of-sale platform. This new investment brings Revel’s Series C round to approximately $110 million, with a proclaimed valuation of north of $500 million.

In November 2014, Revel first announced its Series C round, where it picked up nearly $100 million from New York-based private equity firm Welsh, Carson, Anderson & Stowe. The same round received another infusion of cash in a deal led by Intuit, with which Revel has an existing partnership — the two offer a checkout offering called QuickBooks Point of Sale, powered by Revel Systems.

The company says that this new funding comes from an investment bank with close ties to Revel: “We have a close relationship with Roth,” said Revel cofounder and chief executive Lisa Falzone in a statement. “We were not able to accommodate Roth’s investment in the C-1 or C-2 rounds, but we are pleased that we could do it now.”

With more money in the bank, Revel Systems says it’ll do what most other companies say they’ll do: further expand globally and also accelerate its foray into the large enterprise space.

Founded in 2010, the company specializes in providing restaurants and retail stores with a modern-day point-of-sale platform that’s available right on an iPad. Revel provides businesses with not only the infrastructure to manage transactions, but also the ability to handle personnel scheduling; time clocks; management of payroll, inventory and product; and analytics.

To date, the company has raised nearly $130 million in funding.