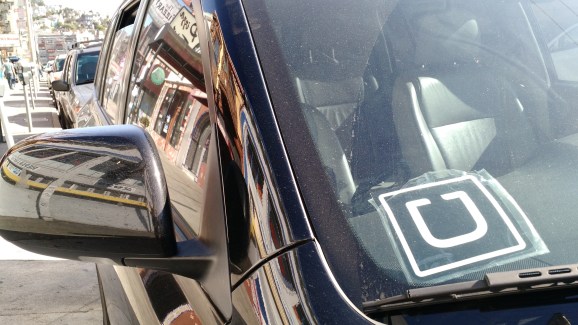 An Uber car in San Francisco.

The district attorneys of San Francisco and Los Angeles filed an amended complaint against Uber Technologies Inc on Tuesday, which said “systemic failures in Uber’s background check process” came to light after their initial December filing.

The new complaint said registered sex offenders, identity thieves, burglars, a kidnapper and a convicted murderer had passed the firm’s screening process and were driving for the company until they were cited for providing illegal rides.

“I support technological innovation. Innovation, however, does not give companies a license to mislead consumers about issues affecting their safety,” San Francisco District Attorney George Gascón said in a statement on Wednesday.

The San Francisco-based Uber could not immediately be reached for comment, but the company said in a statement to the San Francisco Chronicle that safety is a top priority for the firm and that no screening system is flawless.

Company spokeswoman Nairi Hourdajian told the newspaper that the firm had rejected more than 1,000 people who had applied to become taxi and livery drivers in Los Angeles, San Diego and San Francisco because they had been convicted of violent and drunken driving crimes.

In the complaint filed in December, prosecutors contended that Uber drivers work at airports without obtaining authorization and have charged an extra $4 fee to passengers traveling there without paying anything to the airport.

One of the fastest-growing sharing-economy companies, Uber operates its ride-share program in 57 countries and has an estimated value of more than $40 billion.

The firm has been fighting in courts elsewhere in the United States. Earlier this month Uber won the dismissal of a racketeering lawsuit brought by 15 Connecticut taxi and limousine companies seeking to stop Uber from doing business in the state.