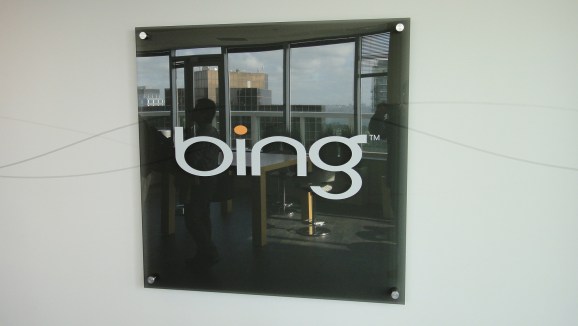 Microsoft today announced the debut of a new application programming interface (API) that developers can use to bring the expertise of Bing into their apps.

The launch of the new Bing knowledge and action graph API is significant — search giant Google hasn’t made its knowledge graph available to developers. So this isn’t just any old API Microsoft is offering.

Developers will be able to “tap” Bing to provide information on more than 1 billion people, places, and things as well as access18 billion connections and actions that people can use.

“Whether you have a messaging app or a music app, your users shouldn’t have to ‘go to search’ to get information related to what they’re doing in your app,” Microsoft Bing for Partners director of program management Gurpreet Pall wrote in a blog post today on the news. “With Bing’s new API, you can expose the relevant information to your users directly within your apps, keeping them more engaged.”

And not only that — Microsoft is demonstrating what Bing can do by beefing up its Bing Search app for Android such that you can now get context about the information you’re looking at when you long-press the home button. Importantly, this is becoming available before Android itself will be able to do that with the Google Now on Tap feature in the upcoming Android Marshmallow operating system. (Read my separate post about the feature here.)

Now it’ll be possible for developers to weave similar functionality into their own applications. There will be no charge to use the API for development and testing, and production deployments are available through a license, Microsoft search general manager Ryan Gavin told VentureBeat in an interview. 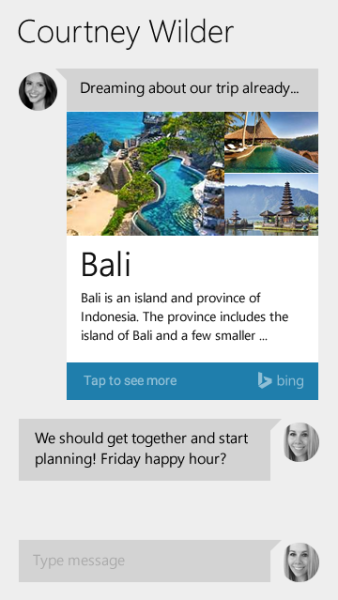 Above: An entity from Bing popping up in a chat app.

Developers can sign up for the preview by sending an email to partnerwithbing@microsoft.com.

Microsoft will make the API available for usage in the fall, Pall wrote in the blog post.