RymdResa is perhaps the most realistic space game ever made. All you ever do is float endlessly through serene and vast galaxies looking for supplies and new planets, all without engaging in combat.

Available for PC and Mac on August 20, RymdResa is from Swedish indie studio Morgondag consisting of only two individuals. It’s a top-down, 2D roguelike that’s set in a procedurally generated world in which you assume the role of a lone, nameless astronaut. He’s searching for new life and habitable planets after Earth gets destroyed by an asteroid. It’s poetic, bleak, beautiful, and a bit too humdrum. Outer space in RymdResa is devoid of any interesting and dangerous enemies to combat. Instead, you have to constantly worry about natural dangers and obstacles like incoming asteroids, the lack of resources and fuel, and prodigious suns that can fry your ship in an instant.

It’s exactly what exploring space today would feel like for astronauts, but this doesn’t necessarily make for a thrilling gameplay experience.

Right off the bat the first thing I noticed about RymdResa is its alluring and beguiling art direction and somber atmosphere. The grey and blue color palette is stunning. Despite only being in 2D, the game’s large setting is brimming with detail. It has plenty of varied planets, space stations, and other structures you’ll inevitably encounter. Outer space just looks irresistibly pretty in RymdResa. But exploring it feels distressing — rightfully so given the fact that Earth is destroyed and humans are essentially nonexistent save for the protagonist. The game’s mellifluous and soothing musical score greatly adds to the melancholic and gloomy tone RymdResa is going for. It also makes exploring galaxies an equally poignant and intriguing experience.

Exploring can be fun 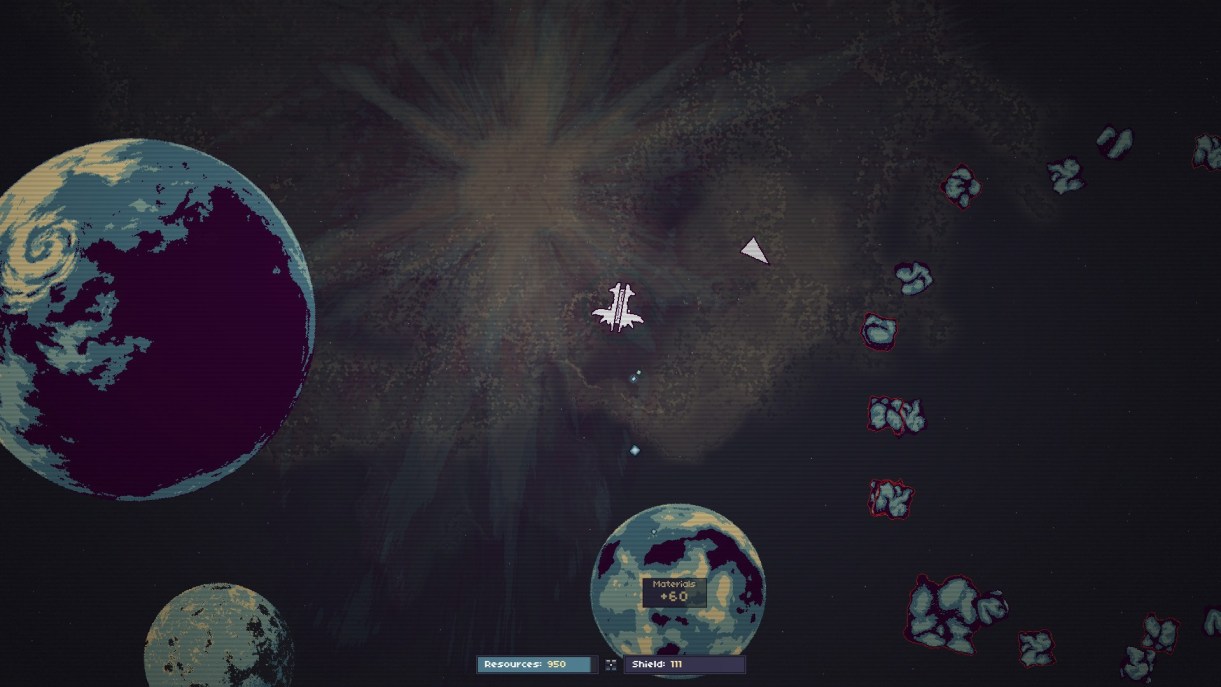 With no combat or platforming, RymdResa has to work extra hard at grabbing your attention. It does, at least at first. It is relaxing and stress-free, which is a nice break from your usual barrage of action-heavy video games. Since RymdResa is a roguelike I did die quite often, but I only got angry a few times. Instead, I was ready to start exploring all over again with little fuss, and this is solely due to the fact that RymdResa is mysterious and intriguing. I wanted to keep progressing to see what else I could discover. Also, your progress gets saved in further chapters, so that helps. You have a limited amount of resources at your disposal, which can be easily drained by flying faster and getting hit by obstacles.

The game consists of three chapters, each with different objectives and environments. The first chapter has you look for nine specific planets, space stations, and other structures for resources, space points, and items. Resources replenish your fuel, space points can be used to buy new ships and upgrades, and items can grant you cool bonuses like a shield. You have a home base you can customize, and you can also level up with four skill trees full of upgrades. For example, the technology skill lets you activate intriguing structures and portals in space that can give you a slew of experience points, cool items, and more. It’s all about surviving, and the more years you spend in space exploring, the more bonuses you can receive. That’s pretty much the gist of RymdResa, and it can be quite addicting for the first few hours you spend with the game. But it all gets quite repetitive.

RymdResa doesn’t do enough with its gameplay mechanics to make playing it an engaging and exciting endeavor. If this minimalist approach is what Morgondag was going for, then it should’ve at least provided an interesting story. Unfortunately, this isn’t the case. Your character barely speaks a word. RymdResa is a very traditional roguelike in that sense, and that’s a shame. The premise is great — a lonely astronaut pondering the meaning of life and death while exploring a boundless setting in which humanity is all but lost. But to simply just explore, die, and start all over again without caring much about an underdeveloped character ultimately feels mundane. Give me something more to do, and make me care. A much larger and deeper game could exist here, but given Morgondag’s small size, this probably isn’t realistic. 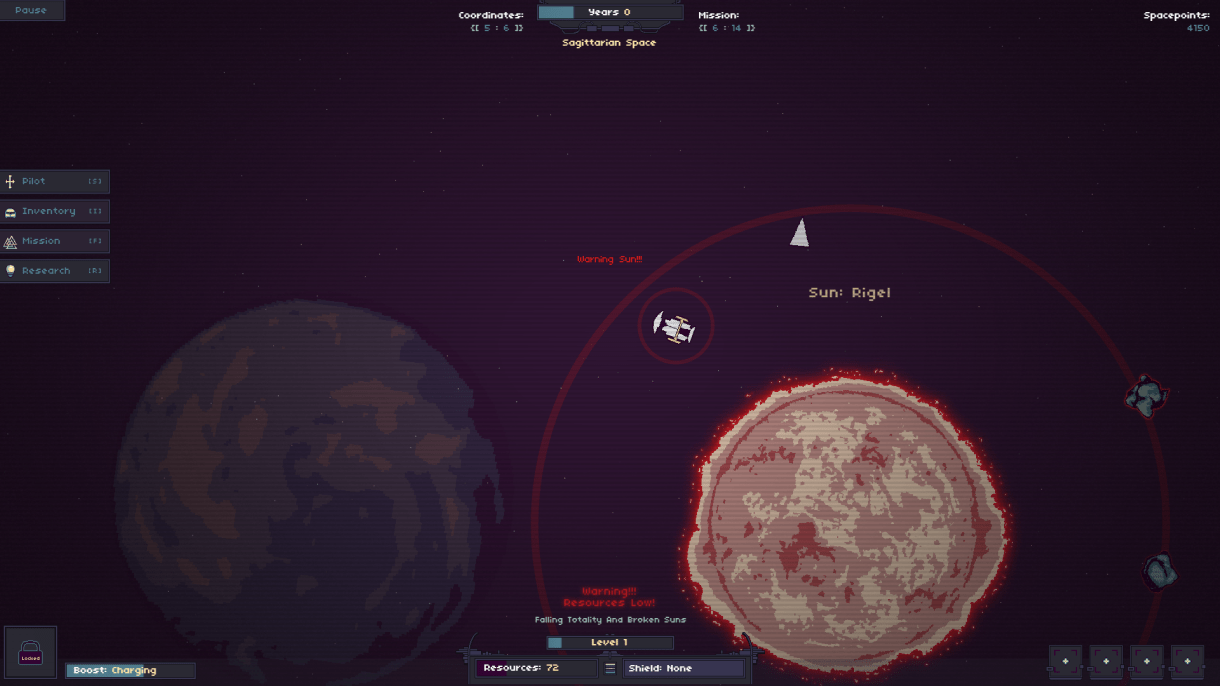 Above: Here comes the sun!

Most roguelikes do a good job of teaching the player about the rules of its world — what not to do and how to best succeed. You gain this knowledge by dying constantly. This rings true for RymdResa, as I did become better at it the more I failed. But death can be unavoidable sometimes. Asteroids are extremely difficult to dodge and you have to exert a large amount of resources to do so. But what happens when your survival is already questionable with very little resources left, and you’re heading towards an asteroid field or a dangerous planet? Well, you just have to wait for your inevitable death.

RymdResa best shows what life is like for an astronaut — it’s relaxing, and pretty boring. If you’re looking to cool off and avoid bombastic affairs, RymdResa is the perfect game to play. Other than that, well, if you’re a fan of astronomy, I guess you’ll have plenty to take away from it. But ultimately, RymdResa is a gorgeous roguelike that has a significant amount of untapped potential that could lead to a much better game to play. For now, you’ll have to make do with passively exploring space and not much else.

RymdResa comes out on August 20 for PC and Mac. Morgondag provided GamesBeat with a Steam code of the game for the purposes of this review.