Twitter is releasing what it calls “significant expansions” to its Publisher Network. The company revealed today that not only will this offering get a nice new name, but now advertisers can help drive users to view their videos or engage with their Tweets.

Say hello to Twitter Audience Platform (TAP), which is the new name the company has given to its advertising offering to highlight the evolution that’s taking place. It seems that Twitter no longer wants to highlight marketing on third-party sites, but rather aims to focus on helping its clients better reach Twitter users. 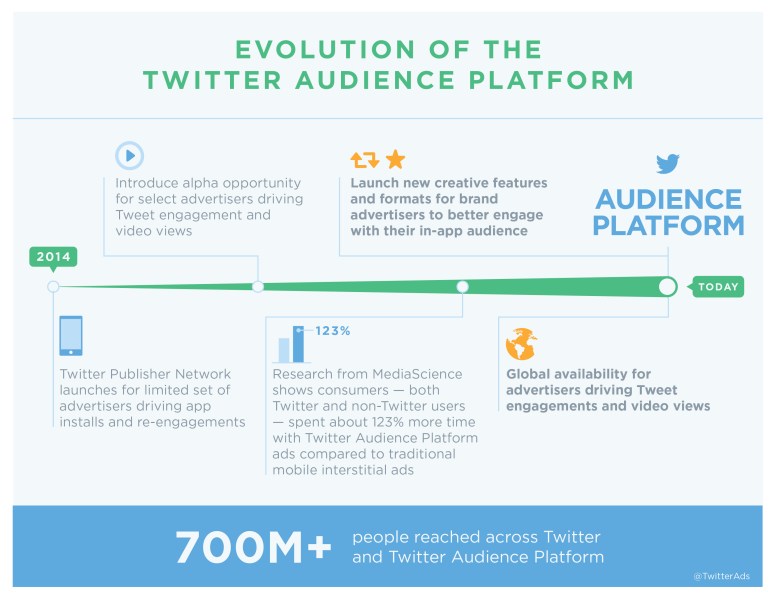 Formerly Twitter Publisher Network (TPN) — created as a result of Twitter’s acquisition of MoPub in September 2013 for $350 million —  the network was designed to let advertisers push Promoted Tweets to apps that are part of the network. A year later, Twitter expanded TPN through the $100 million acquisition of TapCommerce, which added mobile retargeting and re-engagement advertising to the mix.

But having mobile app install ads and re-engagement advertising apparently isn’t enough, so today two new objectives have been added. Advertisers can now extend their Promoted Video and Tweet engagement campaigns to TAP, while also taking advantage of the targeting signals typically used on Twitter (e.g. interest, username, and/or keyword). 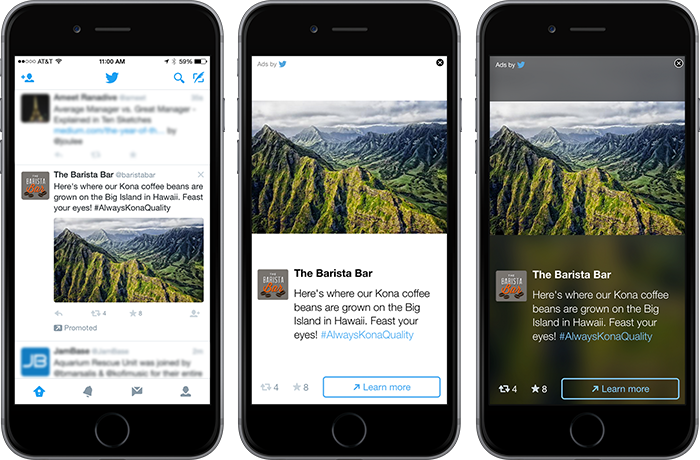 And because advertisers love having options, Twitter has added a new creative feature for Promoted Tweets. Existing creative assets can now be taken from Twitter and transformed into one of four ad formats: video, native ads, banners, and interstitials. To help these formats convert, the company has launched customizable call-to-action buttons that can be used to help drive specific behaviors from users.

Oh, and one other thing, users can also favorite and retweet these ads — if they’re interesting enough, maybe users will share them.

Globally, all of Twitter’s managed clients can now take advantage of Promoted Video and Tweet engagement campaigns within TAP. The company says that over the next few months, it’ll expand the program to include other objectives, such as website clicks and conversions.