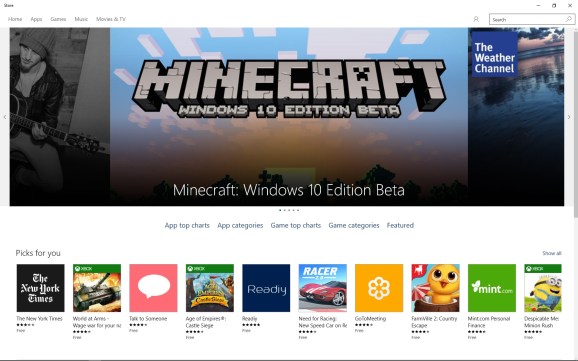 Microsoft's new EULA did not give it the power to remotely detonate your hard drive if it detects pirated games.

The walls of text that make up the majority of end-user license agreements (EULA) are often difficult to parse, and this is leading to some confusion around Windows 10 and pirated games.

Last week, eagle-eyed Windows 10 users noticed a line in the EULA for Microsoft services that many claimed would enable the company to search through its operating system on your machine for pirated games that it will then remotely disable. But Microsoft says that the relevant portion of the EULA has always given it this power, but people are only just now noticing. And the company says that this is only about keeping Windows users safe.

“The Microsoft Services Agreement allows Microsoft to change or discontinue certain apps or content where we deem your security is at risk,” a Microsoft spokesperson said in a statement provided to GamesBeat. “This section of the Microsoft Services Agreement is consistent with language in former Terms of Use agreements, which carried over with the introduction of the unified services agreement on August 1. Software that is pirated or botted places the safety and security of our customers at risk, including a higher risk of malware, fraud, public exposure of personal information, and poor performance or feature malfunction. We remain committed to protecting our customers from the risks of non-genuine software and protecting the intellectual property of developers of all types of content.”

So far, no one has ever confirmed reports that Microsoft has zapped a pirated game from someone’s personal hard drive, but that could change.

Here is the relevant portion of the Microsoft Services EULA that people are citing (bold emphasis is ours):

Sometimes you’ll need software updates to keep using the Services. We may automatically check your version of the software and download software updates or configuration changes, including those that prevent you from accessing the Services, playing counterfeit games, or using unauthorized hardware peripheral devices. You may also be required to update the software to continue using the Services. Such updates are subject to these Terms unless other terms accompany the updates, in which case, those other terms apply. Microsoft isn’t obligated to make any updates available and we don’t guarantee that we will support the version of the system for which you licensed the software.

That definitely gives Microsoft a lot of legal leeway to make changes to your system, but it may not go as far as your imagining. That’s because this agreement is for “Microsoft services” and not for Windows 10 itself.

You can find the list of “covered services” under this agreement at the bottom of the page.

The covered services section lists dozens of Microsoft products, but it clearly does not include “Windows 10” or any other Windows operating system. It doesn’t even include the Xbox Store or Windows Store, which is where you can buy legitimate copies of PC games.

That’s not to say that playing pirated games with these services would pose zero problems. One of the covered services does include Xbox Live, but that is not going to cause many errors for people playing on PC.

It also covers “Microsoft Account.” That’s the email-and-password combination that you may use to sign into your copy of Windows 10, and this is where some of the concern is coming from.

But this doesn’t mean Microsoft has full access to make changes to your personal files remotely. First, you don’t need a Microsoft account to boot up and use Windows 10. Second, your Microsoft Account doesn’t have anything to do with software you download and install outside of the Microsoft-service ecosystem.

Finally, Microsoft’s recent history suggests it doesn’t want to get into a whack-a-mole fight with pirates. Microsoft would risk a lot if it were to start removing or disabling files on people’s computers — especially since it would really have no way of knowing with 100-percent certainty that a particular game is a pirated copy. Some people crack their legally purchased games with DRM so that they can do things like play offline. It’s gonna take one false positive from Microsoft to make it look like a overreaching dystopian monster. And then people would start viewing it as the security risk.