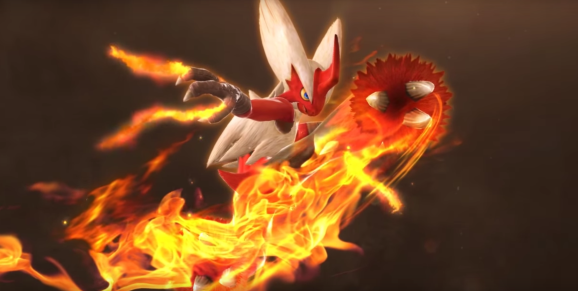 As should be apparent from the name, Pokken Tournament takes its mechanical inspirations from Tekken series, but as Bandai Namco’s Katsuhiro Harada and Masaaki Hoshino explained, the game is designed with both new players and Pokemon fans in mind, which was immediately clear as the trailer closed by showing off Lucha Pikachu performing a massive body slam.