Tales from the Borderlands is one of those games that constantly has you convinced that you’ve seen everything it can throw at you, and then it makes a surprising joke or throws you into an outlandish situation that you never saw coming — and then you fall in love with it all over again.

Escape Plan Bravo, the fourth entry in this five-part series, is out now for PlayStation 4, Xbox One, PlayStation 3, Xbox 360, PC, Mac (reviewed version), iOS, and Android, and it continues this tradition of self-upsmanship with a high-stakes heist in space, which is every bit as great as that sounds.

It’s about two hours of not believing what just happened, and it’s the funniest and most engaging entry yet. 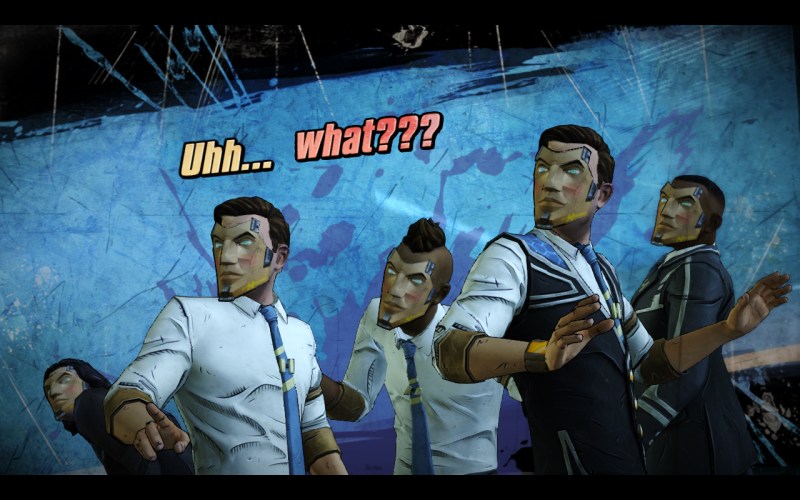 This episode is all about our heroes and villains pooling their resources to steal an important item from the heavily guarded space station from which the Hyperion Corporation monitors all of its activities on Pandora. It includes a plan rundown complete with Ocean’s 11-style montage music, mid-mission complications, and betrayals.

We get a change in setting, moving from Pandora’s gun-punk Western theme to the sleek, high-tech, and largely weapon-free corporate venue (via outer space), and the accompanying thematic switch is a welcome change. It’s not that I didn’t want to keep dusting around and dodging bullets on Pandora, but I appreciated the tonal shift, and the diversion into Mission: Impossible break-in shenanigans are different while still being true to the universe.

The highlight of the whole thing is a massive confrontation in a Hyperion cafeteria that acknowledges that even in this universe, you’re probably not going to have a massive shootout with corporate types in the middle of a work day. I’m not going to spoil it, but Telltale’s solution is action-packed, exciting, and the sort of scene that has you in danger of missing a button prompt because you’re laughing too hard. 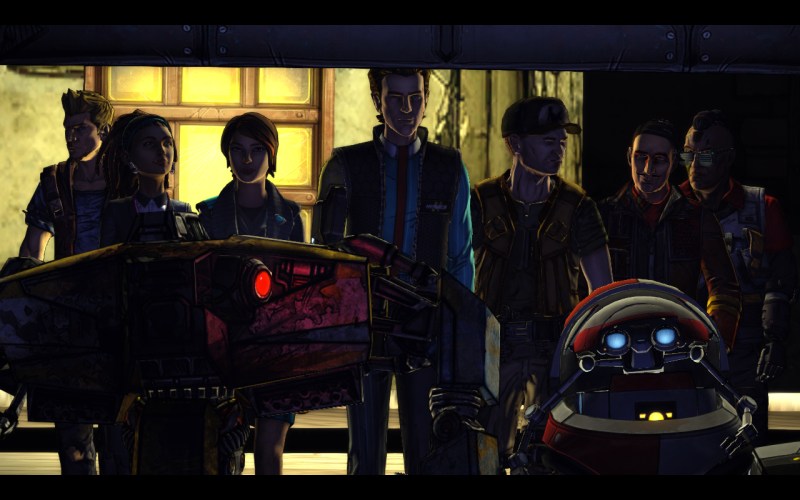 Above: Some kind of rule says that you can’t walk toward a space shuttle in any motion other than slow. It’s Space Law or something.

I’ve enjoyed the clever writing and bizarre, non sequitur humor throughout the series, but this installment goes over some kind of humor ramp — possibly with a large explosion behind it — and launches itself completely off the map.

In addition to that sequence in the mess hall, Episode 4 includes a ridiculously morbid sequence that has Rhys trying to retrieve  an important component for the disguise he needs to infiltrate the space station. But the item isn’t at all where he left it, and then we learn that “Skin Pizza” is a thing on Pandora but not at all what it sounds like, and the whole thing is just completely messed up and hilarious.

Telltale also throws in a smattering of puns, some slapstick, and the funniest character in the entire episode doesn’t even make a single joke. Lovably nice robot pal Gortys (whose voice comes courtesy of The Last of Us’ Ashley Johnson) offsets the insanity around her with naive enthusiasm and massive amounts of friendship. It’s an interesting exercise in humor through context, and the writers and actors handle it expertly. 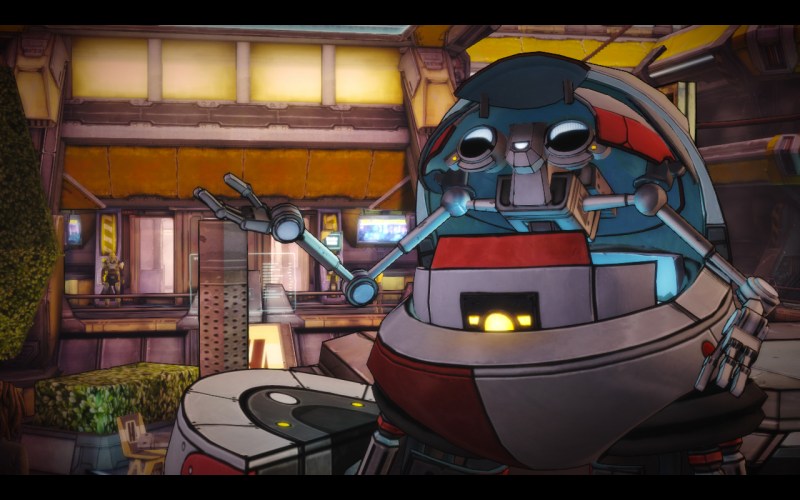 Above: Just look at that face. She has no idea what’s going on.

In Episode 3, we got to spend a little time with Mordecai and Brick, two of the Vault Hunters from the original Borderlands, and I realized something about them: They aren’t that interesting.

To be fair, they started out as playable characters and didn’t quite stand by themselves because you spend most of your time with them looking out from behind their eyes, but next to the much more dynamic, funny, and sympathetic characters we’ve met through this series, they come off as black holes of charisma from which no charm will ever escape.

Tales is at its best when it’s doing its own thing and not tying itself to the source material for fan-service, and while most of the cameos and returning folks are harmless and contribute to the story, these two added nothing but some frustrating quick-time events.

Gallery: Tales from the Borderlands: Episode 4 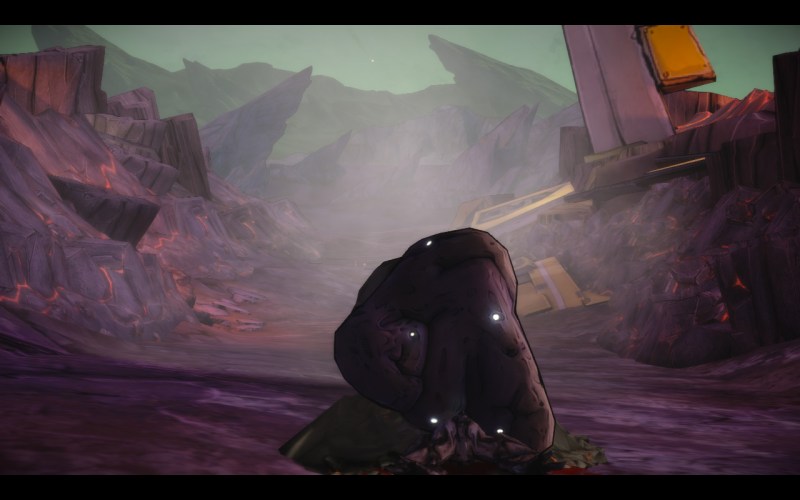 Above: It just wouldn't be Borderlands without a Skag dying at the beginning.

Some minor technical and control issues

Tales doesn’t give you much warning about what you’re going to need to do when a fast-react moment approaches. And that makes some kind of sense because of reflexes, but I occasionally missed some prompts simply because I was playing with a mouse and keyboard. Granted, that’s not my usual setup, but you generally have about a second to figure out whether you need to press an arrow, jam on the Q key, or grab your mouse and train it on a small (and possibly moving) target.

And I could even get used to that if I hadn’t run into moments where my cursor simply disappeared, making it way harder to point it where I needed it to go. This came up during both action sequences and timed dialogue prompts, which meant that on a couple of occasions, I had to either restart from a checkpoint or live with an undesired choice through no fault of my own.

It didn’t happen often, but it was always a bummer when it did.

Escape Plan Bravo marks a departure in setting and tone for the series, but the humor, fun, and charm of the series remains intact. It’s the funniest installment yet, and despite a few technical hiccups, it will have you preemptively sad that a series this entertaining only has one episode left.

Tales from the Borderlands Episode 4: Escape Plan Bravo is out now for PlayStation 4, Xbox One, PlayStation 3, Xbox 360, PC, Mac, iOS, and Android. The developer provided GamesBeat with a free Mac download code for this review.