Hipster Whale brought endless Frogger to its hit, Crossy Road, and it gives the same treatment to Pac-Man in Pac-Man 256.

The concept is simple: Take a game with a simple arcade board and extend it into an endless, procedurally generated strip. Pac-Man thrives under this treatment, and a mobile platform seems perfect for its simple gameplay. Developed by Hipster and Bandai Namco Vancouver, published by Bandai Namco, Pac-Man 256 is available now free to play on iOS and Android (version reviewed).

For more on the development process that went into this game, see the GamesBeat interview with Hipster Whale. 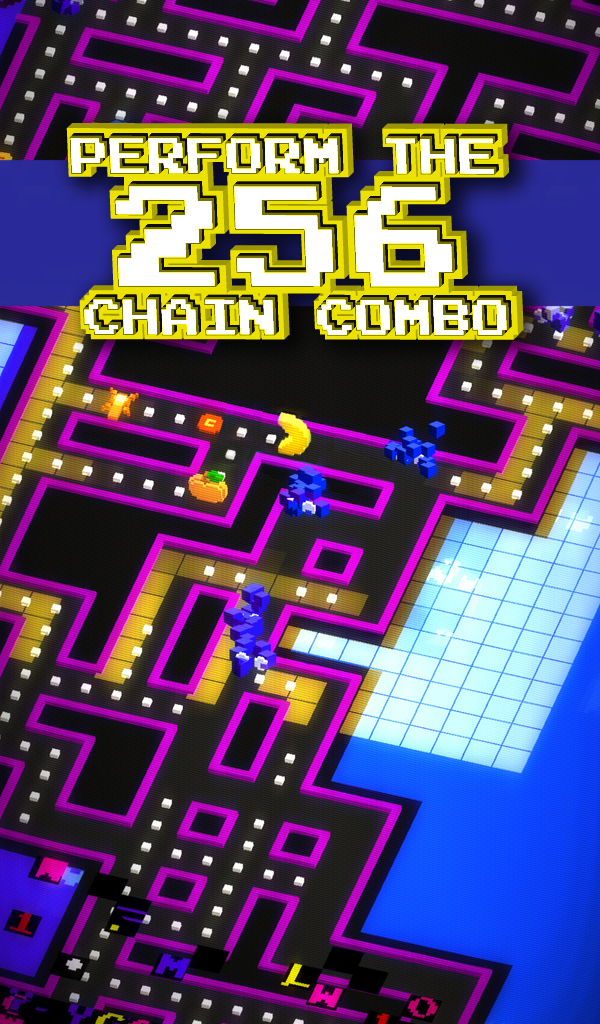 Above: Eat 256 dots and you’ll clear the visible screen of ghosts.

Pac-Man 256 endlessly scrolls in front of you in an isometric 3D view. Its name comes from the famous glitch in the original game, which turned the right side of the screen into garble on level 256, making the level impossible to beat.

Here, that glitchy mess lines the screen beneath you, slowly chasing you upward. The glitch appears as a new ghost as well, but more on that in a minute.

Because the level is endlessly generated, you’ll get no built-in breaks, no opportunities to learn patterns by rote. That adds a layer of suspense the original didn’t capture. You end up continually scanning ahead, looking at the patterns of ghosts and power-ups, adjusting on the fly.

Unlike the original, you don’t have to clear the board before moving on. Instead, you’re strategically looking to eat as many dots as possible — each time you hit 256, it auto-clears the visible board of ghosts — and hit both power-ups and the blue ghosts you create with the traditional power pills. 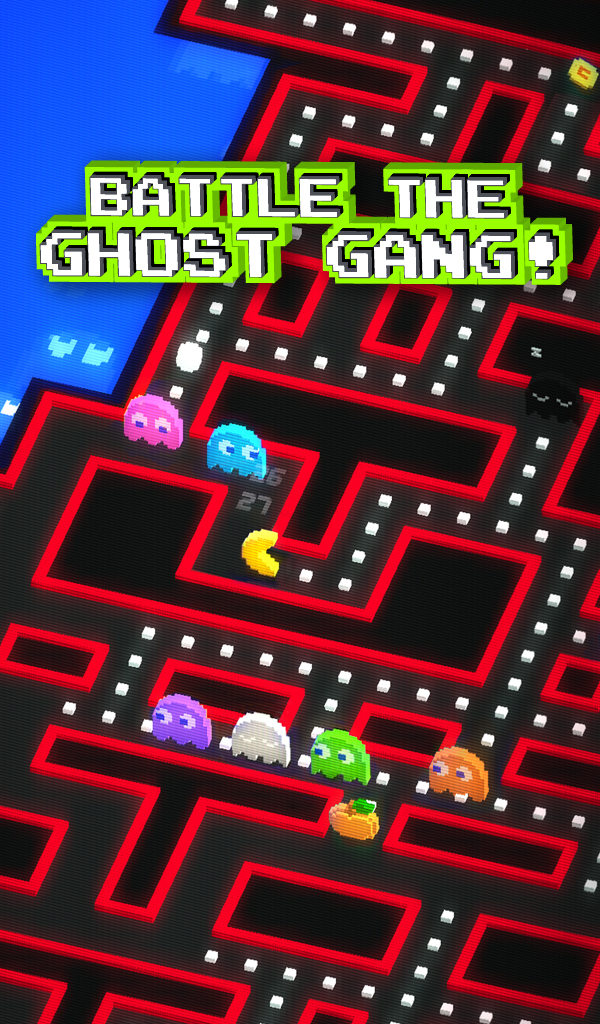 Above: That line of ghosts is looking to cause you trouble.

New ghosts to give chase

The original squad of spooks — Inky, Blinky, Pinky, and Clyde — still work to hunt your cheerful yellow avatar down. But a new crew joins them in Pac-Man 256. Spunky makes up his own sleeper cell, dozing until you get too close and then springing on you. Glitchy looks like the ASCII jumble at the bottom of the board, but he’ll eventually start to emulate one of the other ghosts on the board.

Sue and Funky are chains of ghosts — terrific if you have a power-up and are looking for munchies, not so great if they’re on your tail. Both move reasonably slowly, and only in a horizontal line, but they’re always tracking you and moving to intercept (rather like Blinky, who will hunt you across the map for as long as he can.) They’ll stop dead in an intersection if they see you coming.

Even traditional ghosts have separate strategies to hunt you down. Inky goes around in circles; Pinky hovers until she sees you and then dashes in your direction. (Pinky’s fast!) Clyde likes to travel vertically, and Blinky will take the shortest route to wherever you are. 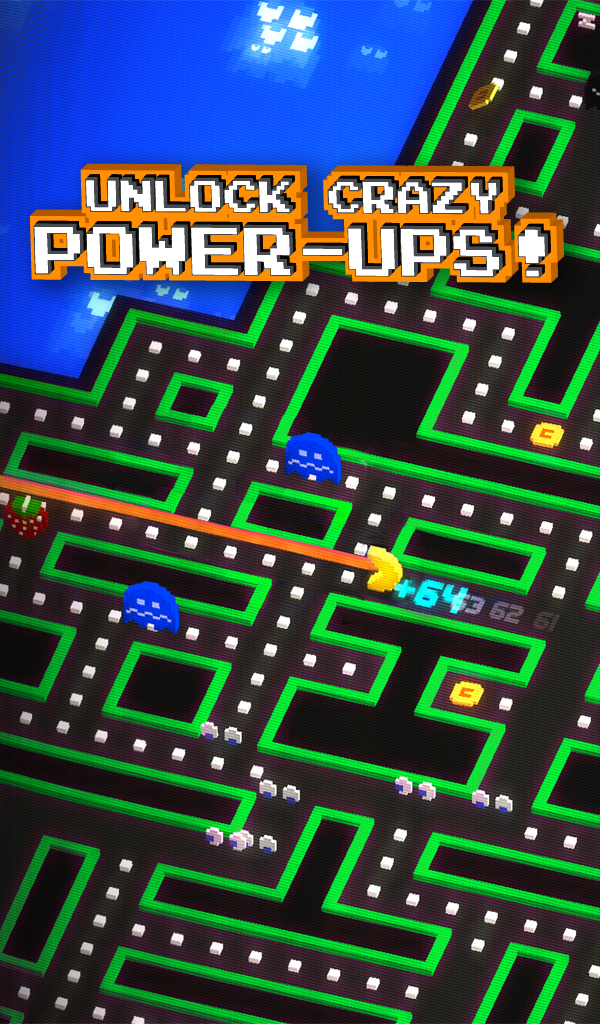 New board dynamics and power-ups.

The board itself looks familiar, but it contains a few surprises, including “conveyor belts” of arrows that speed you up or slow you down. While moving against a conveyor will slow you, ghosts can’t do it at all, making them decent escape routes.

The new power-ups add a terrific dynamic to the game. Just about the time you’d get bored playing an endless game of traditional Pac-Man — even against some fun new ghosts — they start popping up onscreen.