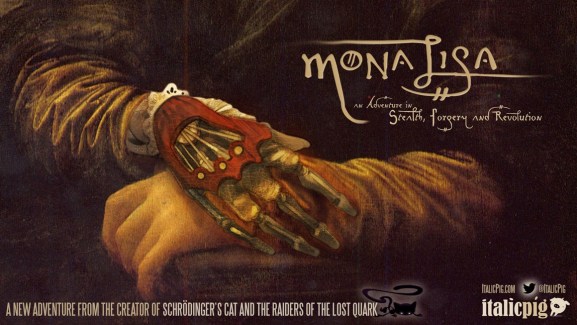 Italic Pig is working on the stealth title Mona Lisa.

The European Union is serious about supporting storytelling in video games.

The funding is intended to support early-stage development of new narrative endeavors, providing up to 50 percent of development costs. With developers increasingly looking to alternative sources like crowdfunding for financial support, it’s great to see a political body that understands the value of games as a medium for storytelling.

Creative Europe selected 31 projects for funding out of 182 applications from 24 different European countries. The Chinese Room received $143,000 to develop a new title called Total Dark. CD Projekt Red received $172,000 to work on the Blood and Wine expansion for The Witcher 3: Wild Hunt. And U.K.-based Italic Pig got $140,000 of funding for an stealth-adventure game titled Mona Lisa.

“In a world where match-3s, endless runners, and open-world shoot ‘em ups are saturating the market, it’s so great to know that there’s an organisation out there that still believes in the importance of a good story,” Italic Pig’s Kevin Beimers told Creative Europe.

You can see the full list of grant beneficiaries here.