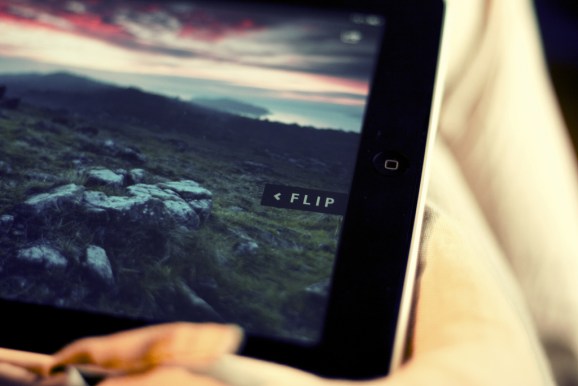 Flipboard is expanding its promoted stories program to now include videos. Starting today, brands can submit their television-quality commercials and bring them to the digital magazine app. These video ads will feature Cinema Loops, which are three-to-eight second segments of the file and are meant to entice viewers to click-through in order to watch the entire video.

The new video ads will autoplay, but silently. Gaming company Machine Zone is the first brand partner with its “Game of War” campaign.

In January, Flipboard debuted promoted stories, which takes curated stories and features them in interest channels to get more exposure. With mobile video marketing heating up, the company wants to give brands a new way to increase attention and uplift for their advertisements.

This isn’t the first time Flipboard has had video ads. In September 2014, the company teamed with Gucci, Sony Pictures, Woodford Reserve, and others to test out its full-page video ads. But in contrast to that foray, the new Cinema Loop video ads will autoplay sans sound and will only include a clip — creating the appearance you’re watching an animated GIF image rather than a full video.

These promoted video ads are a way for Flipboard to tap into the television ad budgets that brands have. The company hopes its ability to repurpose existing creative will entice brands to bite.

“Data shows that brand lift generated by users actively selecting to watch a video is higher than in typical autoplay scenarios,” said Dave Huynh, Flipboard’s head of advertising product. “Cinema Loop is designed to spark interest and encourage the viewer to watch the whole video.”

Huynh told VentureBeat in an interview that mobile video is a good way to tell a story but Flipboard was conscious of how that video was presented to users while engaging.

Participating brands will submit their creative files to Flipboard and specify the intervals that they want in the preview clip. Flipboard will handle the processing and everything else. Brands won’t be limited to just one preview clip. As a matter of fact, Huynh said that more is actually better.

These video ads also include a title and a quick description of what’s going on. Unlike stories, where the description is a snippet from the article, Cinema Loops really features brief descriptions. A call-to-action can be included in the description, but not in the full-length video itself.

Huynh said standard video engagement metrics are offered, including measuring the tap-through rate to the call-to-action, tracking relative popularity of Cinema Loop clips, and more. Ads will be charged either per impression or per engagement, depending on the brand’s preference.

Users will initially see this new ad placement on Flipboard’s mobile app, but the company says that it’s going to gradually extend Cinema Loops to the rest of the platform over the next few weeks.