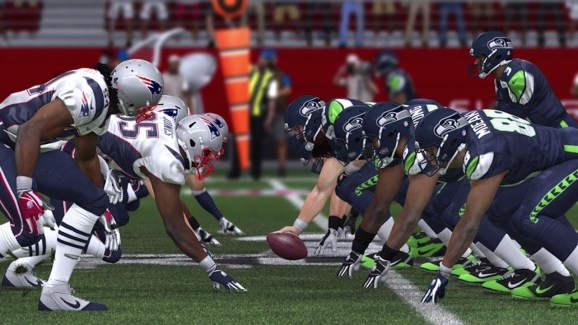 John Madden Football for the year 2016.

Microsoft and Sony are in a battle of bundles, and that competition is forcing each company to offer some pretty great deals.

Right now, you can buy the 1TB Xbox One Madden bundle that comes with the console and the physical version of the football game for $400. This the latest pack-in game that the big console companies have designed to convince gamers to choose one system over the other with a major new release like Madden NFL 16. But Sony isn’t going to let Microsoft woo NFL fans unchallenged. The company is working with GameStop to offer a digital version of Madden NFL 16 to anyone who buys a new PlayStation 4 from August 25 through August 30 (via NeoGAF).

This is a major deal for any consumer looking to pick up one of the new systems, but — even more than that — it is illustrative of how important bundles, pack-in games, and creating the perception of value is to winning over the hearts of customers.

We’re not even a full two years into this generation of consoles, and already software bundled with hardware at no extra cost is the norm. That’s a big change even from just a year ago, according to industry-tracking firm The NPD Group.

And as we’ve gone through the summer and begin to enter the holiday season, the hardware manufacturers are going to push bundles as the front and center of their promotions. This started in full in June when Warner Bros. released Batman: Arkham Knight. WB had a deal with Sony that included a special edition PlayStation 4 bundle. That helped the PS4 outsell Xbox One that month, and it also helped bundles make up a huge majority of all consoles sold.

“June 2015 was especially strong for hardware bundle sales as the 82 percent share of hardware attributed to bundles in June 2015 is above the year-to-date average of 67 percent,” said Callahan.

That average is likely going to keep going up as Microsoft and Sony unleash more bundles on consumers through the end of the year.

Here’s what each company has planned.

Neither of these lists include the bundles that are already on the market, which include the Batman PS4. That package has already helped PS4 and that game have a dominant two months.

And it wouldn’t surprise me if both Sony and Microsoft announced one or two more bundles each. For example, Microsoft has a timed-exclusivity deal with Rise of the Tomb Raider. And Sony and Microsoft each have co-marketing deals with Call of Duty: Black Ops III and Fallout 4, respectively.

All three of those releases could move systems, and I’m sure that Microsoft and Sony will try to get them into boxes with their hardware if it’s possible.