Twitter is making some updates to how users are being made aware of new direct messages. The company announced today that over the next few days it will start allowing users to receive desktop notifications for direct messages when they’re using Twitter.com.

“Notifications appear on the top right side of the screen when a Direct Message is sent,” a Twitter spokesperson told VentureBeat in an email. “Clicking the notification brings you into the modal where you read and reply to Direct Messages.”

How many will be affected by this change is unknown, as Twitter hasn’t provided figures on the number of people specifically on Twitter.com. Eighty percent of Twitter’s 316 million monthly active users are accessing the service on mobile; however, the numbers do not indicate what percentage is exclusive to mobile.

Perhaps beneficial to those in places where smartphone adoption isn’t rampant, the addition of desktop notifications for messaging will be helpful.

Twitter today is also announcing some changes to the direct message component of its Android app. From the company spokesperson’s email: 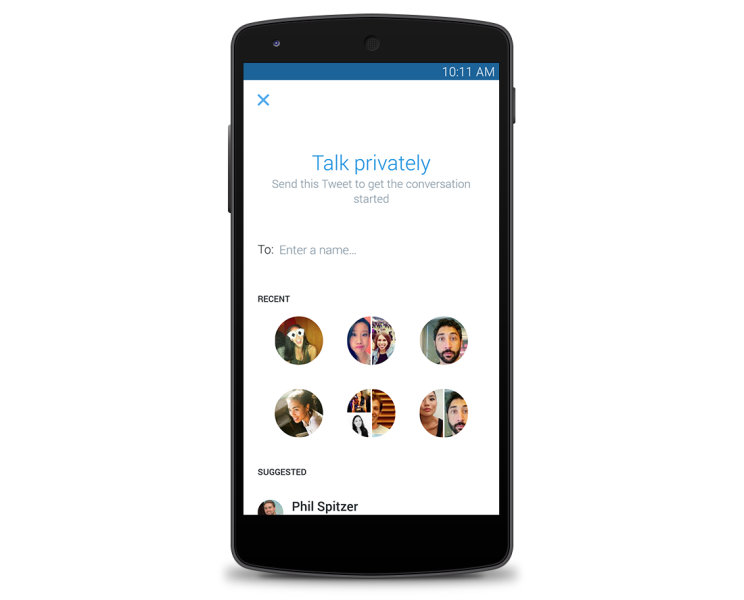 Today’s feature release comes a couple of weeks after Twitter officially removed the 140-character limit on direct messages. Clearly one-to-one instant messaging is becoming a higher priority at Twitter as the company looks to grow further.

Jordan Novet contributed to this story.