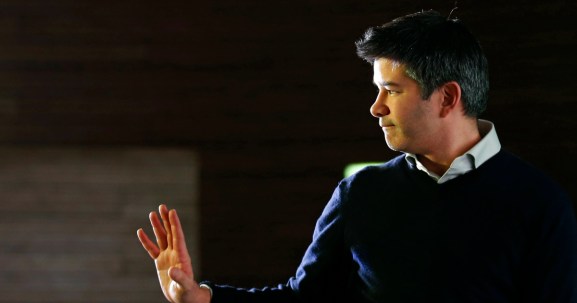 Uber’s latest complaint is kind of hilarious but at the same time understandable, considering the alien and oftentimes confusing market that is China. It’s hard to forget the huge amount of resources the ride-hailing company is throwing at its attempt to conquer this market, which has led to frequent headlines.

In a nutshell, Uber believes it is the victim of — albeit indirectly, though not exactly discreetly — anti-competitive behavior from its single biggest rival and market incumbent in the country, the ubiquitous Didi Kuaidi.

Indirectly because, in this case, Didi hasn’t actually done anything wrong per se. Instead, one of Didi’s biggest investors, Tencent, seems to have blocked Uber from its WeChat app, as well as the 600 million active users that go along with it.

For those outside Asia and China who may not be entirely familiar with WeChat, Andreessen Horowitz Partner Connie Chan perhaps most succinctly described the importance of Tencent’s WeChat app in her excellent analysis:

“Along with its basic communication features,” Chan wrote in a blog post, “WeChat users in China can access services to hail a taxi, order food delivery, buy movie tickets, play casual games, check in for a flight, send money to friends, access fitness tracker data, book a doctor appointment, get banking statements, pay the water bill, find geo-targeted coupons, recognize music, search for a book at the local library, meet strangers around you, follow celebrity news, read magazine articles, and even donate to charity… all in a single, integrated app.”

That’s why WeChat has become such a big deal both at home and — more as a case study of where Western apps like Facebook Messenger will head — abroad.

In an interview with Bloomberg published today, Uber’s senior vice president for business, Emil Michael, said the company is facing “a deterioration in the competitive environment” in China. He pointed to a chain of events that started with the disappearance of Uber’s customer support profile on WeChat in the cities of Hangzhou and then Beijing (on March 16 and 17, respectively).

And while Bloomberg, citing local media reports in China, said that Tencent accused Uber of violating WeChat policy and complained about technical glitches, the real reason is likely to be far more… sinister? But hey, what’s going to be the upshot? For now, while the ride-hailing space in the country (indeed globally) — and the legislation around it — is going through its initial growing pains, it seems extremely unlikely that the Chinese courts would seek to intervene on an anti-trust basis against Tencent or Didi.

After all, China’s government appears to be in quite the protectionist mode at present, made worse by its home stock market woes and moves to depreciate its currency in what many see as an attempt to stay competitive and spur a slowing economy.

But here’s the reason I opened by saying that the complaint is kind of hilarious, and the crux of why this whole thing has blown up to become such a big issue for Uber: The US company is clearly relying a little too heavily on a Chinese-controlled platform, which, for all intents and purposes, is as good as owned by its direct competitor. Uber has allowed itself to get into a situation where it’s not OK for it to be “banned” on WeChat.

That’s kind of a sucky state of affairs. And while Didi might not so easily get away with this kind of behavior in a country like the U.S., the reality is that Uber is fighting a war on enemy territory.

Being banned on WeChat is increasingly going to be a headache for any company — foreign or local — that wants to benefit from that powerful and almost unparalleled channel to more than 600 million tech-savvy Chinese consumers, many of whom have credit cards linked to their WeChat account.

But if Uber wants to have a real shot at stealing market share from Didi in China — and I don’t see why it shouldn’t have a real shot based on its current projections and the endless money that it’s throwing at the problem — it will clearly have to move away from any kind of strategy that involves reliance on or expectation of good will from a defensive competitor that controls powerful gateways to local consumers.

Especially when that competitor is a homegrown answer from a country as notoriously difficult for foreign tech companies to navigate and win in as China.